Born of Fire might just be the most unsetteling film you will see this Halloween. Trust me when I say that it is a film for the All Hallows Eve and not before. Horror that infuses religious and cultural troupes, has a long history certainly. Thanks to Film Four and the independence in the 1980s of film, we were allowed to marvel at director Jamil Dehlavi surreal nightmare. All fire, illusion, unexpected monsters and a sound… 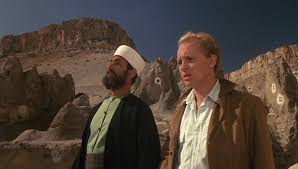 I have uncovered a VHS version of Dehlavi’s first breakout international film The Blood of Hussain and I can say that it is essential viewing for anyone who either knows or has lived in the sub continent. Born of Fire is more and less than that film. More abstract in imagery and mysticism.  Paranormal wraiths,  smoke rises and evaporates. We see nothing or a glance in observance. 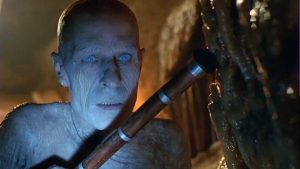 Less political or enraged at the systems of control. No comments on Zia or the ISI. Born of Fire sees the world as a incomprehensible shape that can be explored, harmonised and rectified. However it can never be fully controlled. Often this seeps into events. When driving home in rain, a creature attacks. Then withdraws. Only nature is in abundance. As a note here, it feels like recent Turkish horror film Baskin, lifted huge swathes of it. I would guess that visually it did. 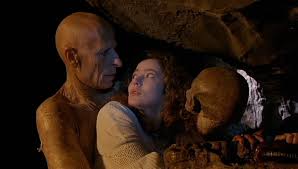 The first point is the abundance of extras. From award winning environmental short Qâf . Weirdly hypnotic and scored by Tangerine Dream just after THE KEEP score. To the best extra, which sees director Dehlavi set the scene. He talks about Hussain, Film Four involvement in producing the whole of Born of Fire and his directing style, which is very much hands off actors. Peter Firth talks about this at greater length in his piece. 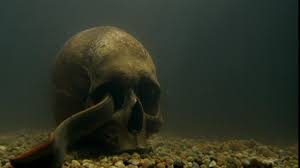 This I found less insightful on the film and more on Firth’s career. Colin Towns could be just about the most informative unpacker of the soundscape of any film. From working in Turkey, the fusion of East and West and that delightful Flute which makes for the mystery. This stands up and informs the viewer. Lots of other goodies but just no time to write about them!

INDICATOR LIMITED EDITION BLU-RAY SPECIAL FEATURES
• High Definition remaster
• Original mono audio
• Qâf – The Sacred Mountain (1985, 27 mins): Jamil Dehlavi’s acclaimed art-documentary, shot during the production of Born of Fire and featuring a soundtrack by Tangerine Dream and Popol Vuh, chronicles a volcanic eruption in exquisite and hypnotic detail
• Playing with Fire (2018, 18 mins): new and exclusive interview in which director Jamil Dehlavi discusses the making of Born of Fire and Qâf
• The Silent One Speaks (2018, 35 mins): new and exclusive interview in which iconic actor Nabil Shaban recalls his experience of working on the film
• Interview with Peter Firth (2009, 13 mins): the celebrated actor reflects on his time working with Dehlavi and his fellow actors
• In Another World (2018, 17 mins): new and exclusive interview with composer Colin Towns
• US trailer
• Stills and posters gallery
• Location photography: a gallery of images from actor Nabil Shaban’s personal collection
• New and improved English subtitles for the deaf and hard-of-hearing
• Limited edition exclusive 36-page booklet with new essays by Dr Ali Nobil Ahmad, writer Raficq Abdulla, and actor Nabil Shaban, an overview of contemporary critical responses, and film credits
• World premiere on Blu-ray
• Limited Edition of 3,000 copies