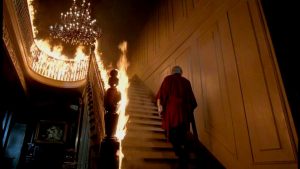 The fear of history, the fear of the past, is always about how that can end up haunting us. Questioning us. Making our truth visible to others. In THE CHANGELING, John Russell (George C Scott) a composer, is about to uncover truths that will alter his life. After the death of his wife and daughter, he moves to quiet mansion to complete his work. When he hears noises early in the morning, he is concerned. This starts as totally unexplained but slowly it becomes clear, darker things are at foot. 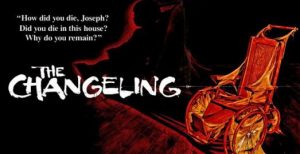 The Haunting leaves a long shadow. A haunted house film that is both paranormal and potent. Dealing with sexuality as well as sadism. I am less of a fan of the film then others but there it is. So THE CHANGELING suffers under the weight of this film. It also excels because of it. You see the thing that excels it is that its inventive, unsettling, captivating and often striking.

The main reasons are its cast, composer (fantastic that a film about a composer should be so skilled at the use of sound) and the films director. Each piece fits into a story with range and depth. Each thumping bang is met with emotional force. The music swells but it also tones feeling. You get the image framed to emphasis an angle of fear or to illustrate reveals. Its skilled and subtle. Its film making of the highest order and for me this made the resolution more palatable. 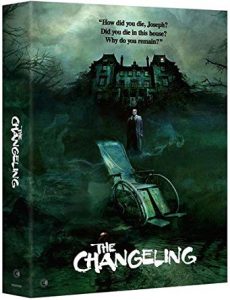 The Disc can be summed up in three parts. The good is the 4K restoration that is simply a colour corrected, light constructed visual feast. The commentary by Director and producer reveals a lot and feels like it was around before but is detailed. I loved the conversation about Douglas. The really great extra is the ‘The House on Cheesman Park’ which for paranormal nuts or not, is fascinating.