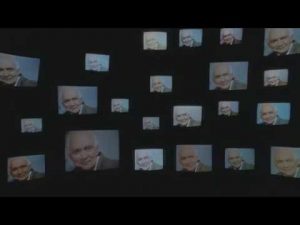 A classic 90s film, criminally under seen and finally out for you to enjoy. All courtesy of the guys at Vinegar Syndrome. Henry Pinkle (Michael St Gerard) is a socially awkward reclusive guy. He is also standing on a ledge of a tall office block, waiting to jump. Then in walks Sam Bones (John P Ryan). Bones is a fast talking, straight shooting man with a plan. He wants to make Henry a star. Not just any star. The brightest star in the universe. All Henry has to do is follow Sam’s instructions. Follow them to the letter. Whatever Sam says… Henry must do… 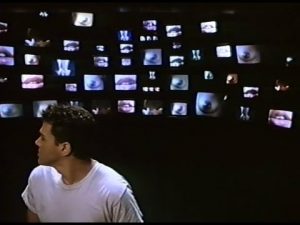 Wow. What you might not know about Star Time is probably everything. Its an obscure early 90s film that is best described as an art house, slasher, social commentary piece. It could also be well described as a satire or a sardonic swipe at the schizophrenia of the media and fame. Alexander Cassini first film will literally blow your mind. Its so ambitious visually, compelling as a story and potent in direction. The film feels relevant today and if only half the indie films I have seen in my life were this good, I would have been spoiled.  Jonathan Rosenbaum put it best when speaking on the film. He said it was ”An exceedingly odd first feature…” It is…and rewarding. 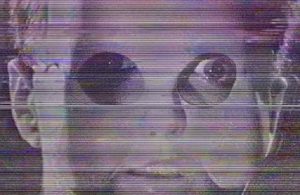 To the Blu Ray and DVD (region free both)

The newly scanned 2k from its 35mm origin is stunning. I liked the cinema feel and that wonderful interior decay and exterior harsh compositions look amazing. DVD is standard. The commentary from Cassini is great (fire engine and all). He imbibes a sense of his film talents and begs the question ‘why do we not know more?’ Well here you find enough about him to start the journey. The Cinematographer interview again exposes the skill of a technical artist. 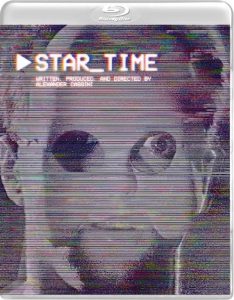 Argüelles is the sort of guy you would spend time with. He has a personality like Cassini, without the occasional shifting thoughts! The short film in the set makes for compelling viewing and again reinforces my question on the lack of Cassini film output. All in all this is an exceptional film and an exceptional release. Buy it from Vinegar Syndrome and get the limited sleeve. Then watch it….