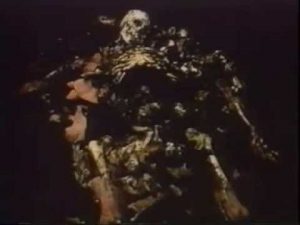 Agent Provocateur Jorg Buttgereit films find their zenith with this feast of horrors and harsh commentaries. A film that decomposes as we watch it. A series of letters sent out to a group of people telling them that a man has taken his life. Headed ‘Brotherhood of the 7th Day’ the letter is a mix of religious and socio-political commentary and merges biblical reference with suicidal iconography. It is an instruction. It seems to be a directive of what to do and why it must be done. What unfolds are 7 days of death and despair. From a massacre at a concert that sees a women shoot a group of ravers without remorse. Another sees a decomposing body that is rotting over the days, crumbling and spilling with its insides out. Then a woman watches a couple having sex, she murders them while reflecting on the parents copulating in front of her from youth. Then a man crushes his skull by banging his head on the wall, splattering blood and brain and then bleeding to death without any restriction.

I am not unsure at what Jorg Buttgereit films are saying but I am unsure as to if anything being said is worth being listened to. Here he is mediating the line between the self and the physical state. The ego or the soul over the flabby corpse that you drag around and which stops you when it fails.Through suicide, murder and death Buttgereit stamps his opinions large and does so with controversial images and challenging subtext. 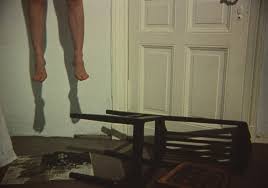 Fringe religious groups are the first point of call but it feels like he is calling into question broader strokes of  society. These are links to identity but also I feel links to an enforced reality. At the films beginning you are certain of the thrust of its point. Its the psychology of the being as an object and how he wants to force you into accepting this as a fact.  This is built on and built on. He layers each point and the packages it without remorse. This is when the film actually gets away from itself. Instead of making the point rounded and firm, it becomes lopsided and abstract. This is to say simply that the film ebbs away and by its short length end, you feel that what has happened and what has been argued is empty. Its not as succinct and clear as Nekromantik, sadly. That film built its wall with a firm foundation. Expressing its power with a sense of purpose. A sense of bold rigour and did so without failing to drive home its point. 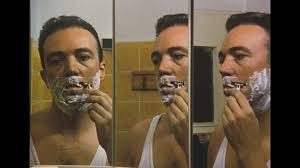 I only had access to the first disc. The HD transfer is irrelevant and adds nothing but it shouldn’t really. The 16mm was grainy and light dripped onto the celluloid. The commentary from Jörg Buttgereit and co-writer Franz Rodenkirchen might be the type of thing you want from the piece however. Buttgereit is an engaging and thought provoking film maker. He lacks a few nuances in his voice but I suspect that is because he wants to strip the veneer of nonsense we live with away. The other extras are very good but start with the commentary and let this build the foundation. Skeleton Under the Skin journalist and Buttgereit fan Graham Rae on Todesking tattoo culture might be the second place to head to because it is just such an eye opening piece. Just a thought… 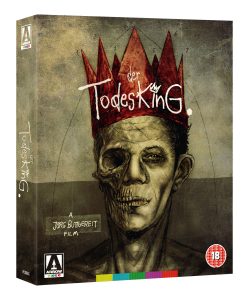