BEING THERE CRITERION COLLECTION 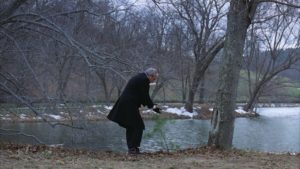 I remembered BEING THERE from when I studied cinema in my youth. It was an odd film then. Notable for that central performance of exceptional vulnerability from arguably, Britians greatest comedian Peter Sellers. Now it seems the over riding question it generates is ‘What does that final scene mean?’ That at least was the question which predominated the post screening of the film at my film group. The group seemed both bedazzled and betwixted by Hal Ashby’s ebbing and flowing film. Was it about god, faith, the stroll to conservatism, the death of the liberal art? What indeed does BEING THERE mean as a whole? That would is a more pertinent question and no doubt one you shall be asking. Thanks in part to a new restored version, that looks amazing and a series of pretty exploratative pieces in the extras, you might just find out.

Simple and naive Chance (Sellers) lives in the townhouse of a wealthy old man in Washington.  He has spent his whole life there. Mainly it seems tending the garden and its innumerable flowers. He has seemingly never left the property or for that matter seen the outside world. Other than gardening, his knowledge is derived entirely from what he sees on television (much like a Fox news watcher). When the old man dies, Chance fails to comprehend the seriousness and tells the lawyers that he has no claim against the estate. They have no choice but to order he move out. Wandering aimlessly around the city, he is over whelmed with inputs. Passing by a TV shop, he becomes transfixed by his apperance on the mechnical device. As he steps backward off the sidewalk, he is struck by a chauffeured car owned by elderly business mogul Ben Rand (Melvyn Douglas ). Rand’s much younger wife Eve (Shirley Maclaine) meets him and finds his person agreeable. Although she mishears his name as “Chauncey Gardiner.” This sitaution will turn out to reveal a side to Chance, Eve and Ben, which might find them hope, truth and a strange case of revelation. 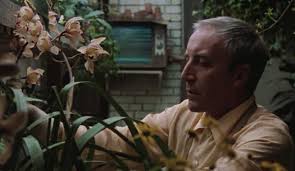 So it has been released by Criterion to a rather warm reception, This is good. A film as enegmatic as this needs its champions.Criterion have also set about making the print at least definitive and that has to be commended. The tones, lights and earthern image is still there. Caleb Deschanel work is rewarded and (having not seen a cinema screening), the feel is that of a gated projector and its blazing light. My only gripe? Yes one gripe. The frame feels a little soft. Might be me. Might be you. But it is a little, just a little mind, blown out and as such you lose a little definition in the frame edge. I just liked the wide shots to be more pronounced. 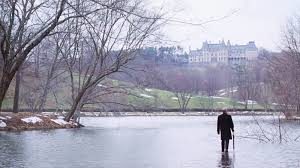 My real excitement on the release was that I could reassess BEING THERE. The over riding response in the extras is this. New documentary is good enough to create a richer evaluation of the film but it lacks a certain punch. No names maybe. No words of extra detail prehaps. Jerzy Kosinksi on The Dick Cavett Show is far more interesting. Far more a drop into the mind stuff. The real good stuff is that essay by critic Mark Harris. That is dynamite. He explores and tests the film with a piece at odds with a simplfied chew on the flesh. This is  the money. 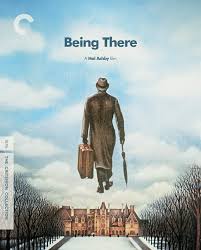 -New documentary on the making of the film, featuring interviews with members of the

-PLUS: An essay by critic Mark Harris