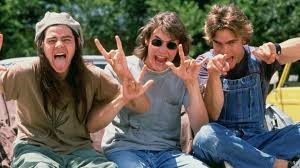 Type ‘Coming of age films’ into google. Do it. Do it now. You get a whole host of films. Some astounding like STAND BY ME, some better on a single watch like SUPERBAD and some classics like REBEL WITHOUT A CAUSE. Two stone cold American classics are AMERICAN GRAFFITI and of course DAZED AND CONFUSED. Both unpick the story of teenage life, rights of passage and the way we live after the story of school is over. Its 1976 and the last day of school arrives. A day of obligation and realisation. For some the step to the future. Others its their final chance to be something. The seniors now have to live it up, seek the right to ‘spank’ (literally), freshmans. 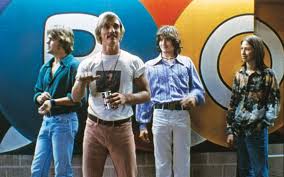 In this haze are graduating class football player Randall “Pink” Floyd (Jason London). He is heading to popular pool hall, where everyone goes to drink and hang out. He has a championship game to think about but that can wait. Partying is the maxim today. Sadistic bully Fred O’Bannion (Ben Affleck) however wants to spank butts. Darla Marks (Parker Posey) has to shape up the new female freshmans. Air raids and all. Then we have those who have already done this. David Wooderson (Matthew McConaughey), who was a star and now just has the looks and a car.

Director Richard Linklater takes an ensemble cast of familiar faces, some oscar winners now, others on the verge of something but sadly the fame destroyed their hopes and dreams. 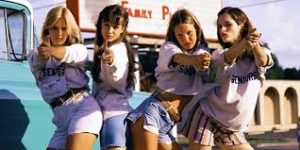 Much it seems like lives their characters would live in the future. I could tell you I love this film. Tarantino rated it in his (ever changing) top 10. I could discuss how it showcases exceptional writing, directing and acting but I think we need to do something more important. A question which no doubt has passed your short term mental calculation (like mine) is does another release of this film justify being bought? 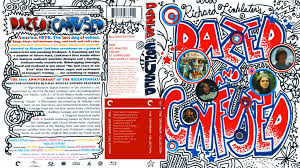 The HD transfer is lovely enough to pass muster. It is loss less. So now deflated image, colour saturation or even any horrid leaks of light and grain. I projected it and felt it was a major leap past the DVD. Although some might be less impressed. 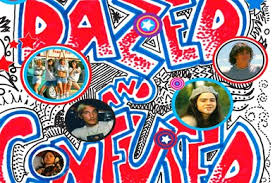 The commentary by Linklater has been heard before. On the US release. However it is well worth listening to. He documents the films inspiration, scenes and their nexus and of course his Texas gift for telling a story without overlong dirges. The making of is well worth time as well. Corn strips the film from itself and this helps give it more than it ever was before. The real gems are the Audition and Deleted scenes. One shows those on the edge of greatness, act. The other shows a director who understands pace and flow…