Yi Yi reveals Taiwan with hypnotic effect. The Jian family live in Taipei. Father NJ (Wu Nien-Ju) is a successful businessman, young son Yang-Yang (Jonathan Chang) is teased by females, and teenage daughter, Ting-Ting (Kelly Lee) is in love. We follow their lives across a single year. A year that sees drastic changes. From life unbalanced and future dreams reshaped. Loves from the past re encountered. Loves from the present lost. Life and death ordered in simple waves of light. Navigating their world through rain and shine. As they journey from an unconventional wedding, via illness, unrequited love and an unexpected funeral. This is a world so familiar and yet so unique. 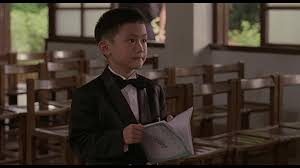 Edward Yang often appears on cinephile lists. Often referring to the great and the good in film. This is not only to reflect his staggering work but also to get more exposure for it. Yang won best director at Cannes for his powerful exploration of modern living in Taipei.Static cameras capture the passing life inside the Jian family. It sculpts time within a world which is paced so briskly but lets it breath. Yang uses touches of Ozu and Bela Tarr. 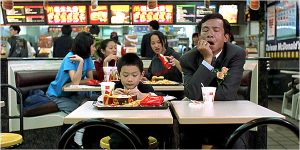 He introduces story lines with care. Allowing it to flow and never spill over. This also keeps emotions immediate. The camera holds on the verisimilitude. To some this might feel as if it is meandering. In truth it sometimes does but for good reason. Without coming into the space of events and settling there, we could never expose the lives of people, so familiar and yet so deeply revealing of ourselves. 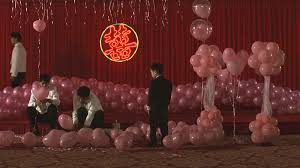 Criterion have again matched their wonderful release catalogue with a release of 2 of his films. The first was the powerful ‘Brighter summer day’. This the second is Yi-Yi (A one and a two). This has a wonderful, new transfer. A transfer that comes a huge step above the DVD release from some time ago. It treats the cinematography boldly. Attaching that wonderful shine on scenes, lost before. Tony Rayns commentary is absolutely brilliant. 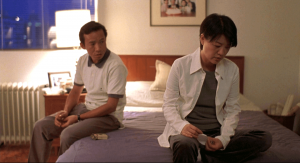 Rayns could speak for hours on film and not be boring. Here he is in his element. Touching on Yang, his body of work and the Taiwan cinema he worked in. It is exceptional, so start there. Then Tony Rayns interview (which we have an exclusive clip below ) Keeps the detail of the commentary and ups it, defining Yangs work and his life before. The other high point is the booklet. Read Yang detailed thoughts on his film and feel it resonant. 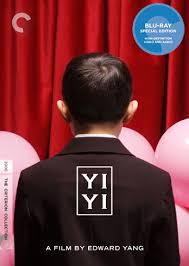