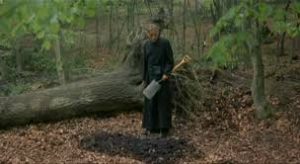 Confession is a sacred rite. A priest is bound to secrecy. Whatever is told to them, from theft to murder, they can but only guide you spiritually. So Father Goddard (Richard Burton) finds himself in this predicament when favoured student Benjamin Stanfield (Dominic Guard) confesses to murdering local deadbeat Blakey (Billy Connolly).  Father Goddard must make sure of the crime and then convince the boy of his error. However when he goes to the grave site he finds something far more disturbing is in play. 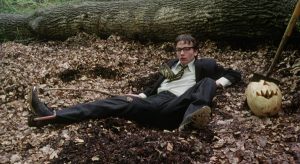 Anthony Schaffers masterpiece stands tall above a catalogue of outstanding work. Forget I am a Catholic that visits a church ever Sunday. Also forget that I am plagued by the doubt in which the father is entrenched. Focus instead on the hypocrisy that lays at the route of Absolution. The act of contrition and how it embodies a deep felt issue at the heart of Catholicism. 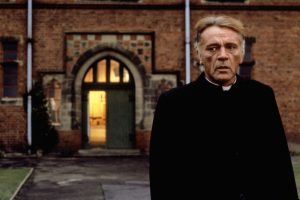 In an age of Child sex crimes in the church, the decline in spiritual power of the church is almost complete. The authority and attrition have gone. Left are a set of confused rules and regulations that exert control and inconsistency. Burton is exquisite in his role here because he makes visual this discourse. When confronted with the murder, he is constantly checking the chains that bind him. He directs the flow of the film and its uncomfortable tension. A tense serious of truths and counter truths that expose a malaise wrought with despair.

Having never seen the film, it came as a pleasant success. There are two version of the film to view and my option is the Directors cut. Feeling more unsettling in its buildup, it lacks the exposition scenes that lessen the final act power. This is also explained in the frankly excellent interview with Anthony Page. He mentions Burton, the edit, the script and the studio version. All of which seem to impact his work until this release. 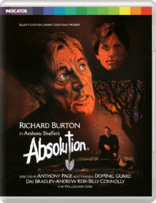 Now if you do watch the original 1978 version I would recommend the commentary. Kevin Lyons is new to me and gladly received. He talks everything and everyone but most interesting is his comments on Billy Connolly. Stick round to hear those…