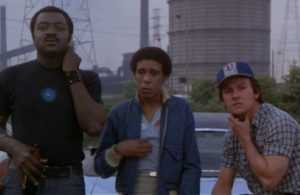 Paul Schrader’s masterpiece about corporate and union corruption comes to Blu Ray finally! Three co workers Zeke Brown (Pryor in a stand out role), Smoky ( the amazing Yaphet Kotto) and Jerry (Keitel)  are sick of the man, the debt, the harassment and the union. No one will do anything for them and as they try to get simple little things solved, so these become over shadowed by the lack of money. When they come up with an idea to rob the union of its money and then use that to save themselves, it all seems fine. However greed, fear and union heavies set out to deal with the problem anyway they can. 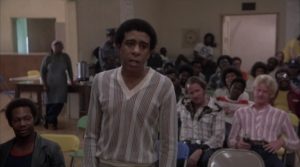 Schader is a film maker of exceptional skill. He worked on this film by firstly interviewing workers at auto plants and then taking what were their worries and making it into a masterpiece. They commented that the union was as big an evil as the man. 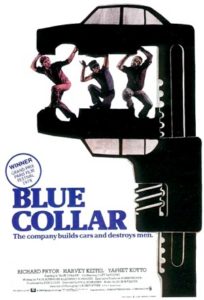 He then translated that into a film which explores dynamics of working class relationships, corruption and violence. This is an important lesson that must be learnt by those today who talk of championing the rights of worker but are doing so for political, social or economic gain. The films notes of despair and disenfranchisement are to often seen as solvable and not as inherent of the situation. Schader (who almost had a breakdown making this film due to fights with the cast) explores this without tenderness or sentimentality. It reminded me of the kitchen sink films that strip away gloss or bravado of the worker as hero and instead see that we are trapped in a cycle that is equally empty and necessary. Its a film that is now more then ever relevant and makes for potent watching. 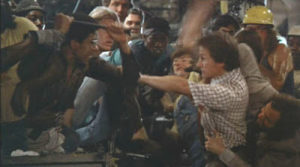