Tony Richardson’s excellent direction cant save a mediocre and inevitable story. When border force agent Smith (Nicholson) becomes trapped in finance hell because of an over spending wife, it leads to the darker parts of society. Drugs and people smuggling are central to the operation and the more he knows the more disturbed by the activity of the border agency agents he becomes. 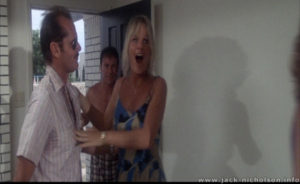 A film that is predictable from the outset, can occasionally merit great things. It can become the platform for a great work. In terms of direction, acting, script, editing..all the pieces of the jigsaw that make film. However it also can be the beginning of a painful session of film watching. The legacy that is left by these films makes for some depressing watching.  Here we have only a minor problem.

Empty storytelling, as in a weak plotting (Shifting little in anything like different from expectation), paint by numbers scripting and average dialogue are the major issue. It undermines everything, from the wonderful performance from Jack, to the subtle and real direction from Richardson and the score which is warm and toned. 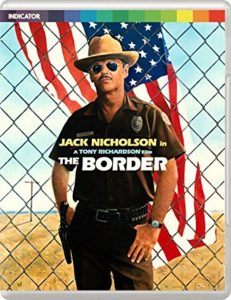 Extras are like bags for shopping nowadays. every disc has one but these are a cut above!! Top 3 however are the Tribute to Richardson. Its by great people, who love the man because of a myriad of reasons but do it with informed debate and a little fresh detail. The booklet is a storm. The essay by Scott Harrison is amazing and worth at least more than one chance read. The HD remaster is ok but I am less interested in the grain of the print but its lovely.