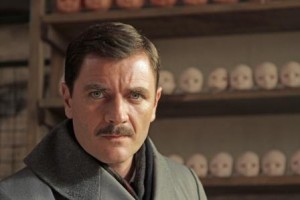 The location and sets of the film set up this oppressive nature whether it is the sprawling masses of empty land, a dense forest or the empty rooms of an unfinished hotel. Patagonia is grim, it’s dank and the perfect setting for this small scale thriller to unfold.

It starts off as a tightly controlled performance by Àlex Brendemühl playing The German Doctor. The Doctors true identity is shrouded in mystery but it is obvious who this film is about from the title and description alone.

The movie is based on director Lucía Puenzo’s own factually inspired novel of the same name and the story follows Josef Mengele’s post-war escape to Argentina where he takes an interest in an Argentinian family. Here he offers them unwarranted medical advice and gets tangled up in all their lives staying at their hotel.

He is particularly interested in 12 year old Lilith (Florencia Bado) who has a growth deficiency and he wants to ‘help’ with his expertise in genetic medicine. He also begins to take an interest in the fact that the mother (Natalia Oreiro) of the family is pregnant with twins.

Mengele’s crimes are horrific as he conducted obscene experiments whilst in Auschwitz but here he is left as annoyance to the unfortunate family rather than an outright menace to them.

The whole disconnected doll segment was jarring for me as it took away from the seriousness of the film and the reality it had created for itself by turning into a gothic-esque horror at times.

Àlex Brendemühl depiction of Mengele I enjoyed at the start but I wish he had created just a bit more uncertainty or edge to his portrayal just to drive home how dangerous this man is.

The father (Diego Peretti) seemed all over the place and frustrated for no reason and then when there was something to genuinely worry about he looked worried but didn’t act too worried.

The rest of the acting had that subtle to it that great mix of understated but intense even in scenes in the latter half of the movie that lacked drive. 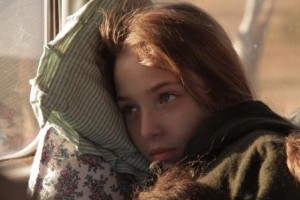 presence of this Nazi doctor really affected them.

It didn’t need a moment of true terror in its plotting or some out of place violence as that would have been detrimental. It just needed to settle into its own well prepared atmosphere and pick out exactly what type of film it wanted to be because it had all these different parts that worked individually but not necessarily as a whole.

The landscapes themselves in this film are wondrous. They feel so full of life and yet ominous at the same time as if the characters are unable to escape from their surroundings. The palette of blues and grey’s in this film work to its advantage by creating this immovable environment.

There is an overarching question of “what if?” running through the film which is quite powerful. It offers a visceral curiosity to the viewers and I think that is what we can take from this movie. It’s about the naivety of humans and how evil can exploit that.

I liked the way the suspense was building up and enjoyed the slow natured pace until the middle when it felt like nothing of significance was actually going to happen.

There is an undercurrent of investigation as the Israeli agents from the Mossad are on the trail for him and the family begin to realise who this German doctor is but by this point the mechanical beating heart to this movie has stopped and it peters out towards an uneventful end.