Before The Winter Chill Review 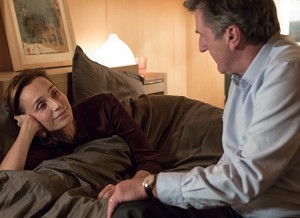 Philippe Claudel, best known for his 2008 BAFTA award winning drama, I’ve Loved You So Long starring Kristin Scott Thomas appeared almost from nowhere. Through his debut film after a career in literature, Claudel surprised most with his intimate and extreme filmmaking, managing to expertly capture sincere moments of the human condition. Now six years later and onto his third feature, Claudel returns with Before The Winter Chill, also starring Thomas.

This intricate, sophisticated and chilling drama cum thriller is a quintessential French story, burning slowly but building an incredible sense of tension amongst his characters. Thomas stars as Lucie, a British ex-pat who has moved to France and lived with her doctor husband, Paul (the legendary Daniel Auteuil) for many years; they have had a family, who have their own family and they have many friends. The couple are always surrounded by people and yet something is clearly and fundamentally wrong between them. Lucie spends most of her days either pruning their exquisite garden or locked inside her luxurious prison that she calls a home, caught in-between a reality that she so desperately wants and the emotional lockdown she now finds herself within. Paul spends his days with patients, working too hard alongside his friend and medical partner, Gérard (Richard Berry). The latter of whom has spent years dealing with his unrequited love for Lucie.

One day when Paul is in a local cafe, he meets Lou (Leïla Bekhti), a beautiful girl who tells him that she is a local art student. She 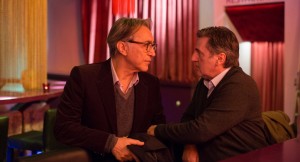 seems to remember that when she was younger, she was operated on by Paul for some condition or other, which he has no recollection of at all. She speaks delicately and sincerely, but when Paul starts to believe that she is stalking him after deliveries of flowers appear at his home and place of work, he distrusts the young woman and wants to find out more about her. After a number of twists and turns in the tale, the pair actually grow close together but their reasons for the relationship are never quite clear to the audience or to each other. Lou seems to be looking for an older father figure, and she throws her arms around him when he rejects sexual advances from her. But Paul’s reasons probably fall a little on the fantasy side.

When Lucie suspects Paul of having an affair with this mysterious young woman, he moves out of their home and into a local hotel where his relationship with Lou becomes more intense and whilst on a forced sabbatical from his work, intends to spend as much time as possible with her. But when she suddenly disappears and he goes in search for her, he learns that things aren’t all as they seem. Working concurrently to this storyline is Lucie’s day to day conversations with her family; her sister who is hospitalised for mental illness and those touching moments with her daughter in law and grandchild, where she thinks it would be best if she left her husband. The tension between the thriller storyline and the mundane routine of the familial is an interesting match for one another and show the range of Claudel’s storytelling. 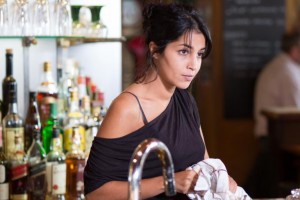 What makes Before The Winter Chill a wonderful example of powerful contemporary French cinema is it’s exploration of the undergrowth of high brow suburban life. Delve into the rich history of French cinema and see that the best managed to place these characters lifestyles into a dramatic and thrilling structure; from Louis Malle to Claude Chabrol, from the French New Wave to the current day, French cinema has tried to open discussion around the fluidity of these privileged few.

Both Claudel’s script and filmmaking allow the audience easy and unrestricted access into the lives of these characters, whilst always forcing the audience to think ahead.

The performances from the central three; Thomas, Auteuil and Bekhti are fascinating and delicate. In particular, is Auteuil’s great timing and chemistry with both his leading ladies.

As complex as it is intriguing, as sensual as dramatic and as evocative as relevant, Claudel’s Before The Winter Chill may not be for everyone but it certainly pays off in the end in a way that such little cinema does anymore and he keeps the audience guessing until the last possible moment.