The Seder is a delightful and witty short film, which certainly stands out amongst the short film collections at this years UKJFF. 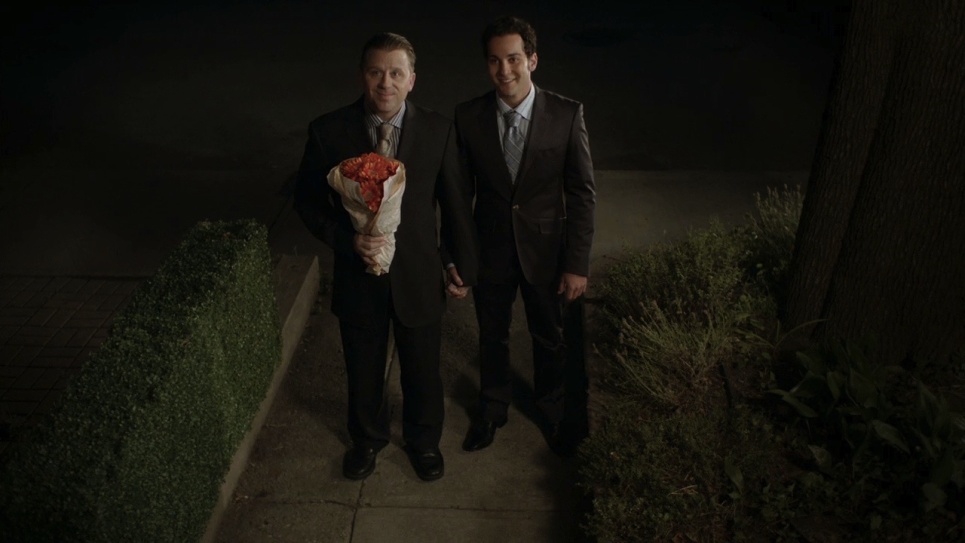 In recent years there has been a clear and steady increase in LGBT content coming from both Israel but also Jewish filmmakers and featuring Jewish characters. This year, the festival has included a collection of short films featuring LGBT characters; from drama to comedy.

The Seder tells the story of Leo and Mitchell – a gay couple who keep telling each other they are in love. Leo has decided that he wants to introduce his boyfriend to his family on the seder night – one of the most important of the whole year in the Jewish calendar. As the family come together for dinner that night, there is trepidation and intrigue from both sides. As the couple get ready, leave their flat and chat in the car on the way to meeting the family. But also from the other side, with Leo’s mother worrying why her son has decided to do this on tonight of all nights! Then she worries whether his boyfriend is going to like her – “you mean us?” reminds her husband.

When the couple arrive at the dinner, hand in hand, a little surprise awaits them in a funny twist ending.

It is really great to see a story like this being told, normalising LGBT relationships within the familial atmosphere – they are just part of the whole. Justin Kelly has done this story justice whilst Daveed Louza and Adam Rodness who play the couple are charming to watch on screen.