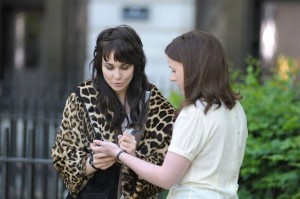 Iain Softley’s Trap For Cinderella is another film to add to the recent revival in intense psychological thrillers, which don’t quite manage to manipulate the psyche as much as they want. Taking up where Trance left off, it tells the intriguing story of Micky (Tuppence Middleton) who wakes up in a hospital bed in Switzerland. She is told that there was an accident and that after a lot of reconstructive surgery, she is okay except of course for the memory loss.

When the doctor’s feel she is ready to go home, she is collected by Julia (the haunting Kerry Fox) who is Micky’s legal guardian after her Aunt Elinor (Frances de la Tour) had died. We learn that Micky’s parents had died when she was younger and that Elinor took her from a young age. They used to holiday in the South of France where Micky became friendly with Do. During a flashback, we see a young Micky and Do discover something that is unseen to the audience in the fields around the house. All that is known is that Do and her family leave soon after and she falls out of contact with Micky.

The film itself has an Inception feel to it because it is always going one layer deeper and deeper to get into the story. This does keep the audience on the 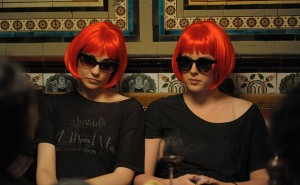 edge of their seats and it does allow a strangeness to preside over the film; prolonging this sense of mystery for as long as possible. Whilst the ‘top’ narrative is Micky post hospital trying to discover things about her life, a great amount of the film is actually told through Do’s diary that present Micky discovers or through what Julia tells Micky.

She finds photographers of herself with Do and a boy called Jake (Emanuel and the Truth About Fishes star, Aueurin Bernard). She goes in search of Jake, who has previously tried to contact Micky at home. For some unknown reason Julia is withholding contact to Micky with everyone. When she actually finds Jake, she learns that Do had died in the fire that Micky was caught in. This suddenly makes the memory flashes make sense in the film; it turns out a fire in the house in France caused all this pain to the group of characters.

In Do’s entries, it turns out that she and Micky got back in contact soon before the fire. Their friendship picked up where it left off but we start to see the deadly manipulative and greedy side of Micky. She expects people to be there at the right time for her but those roles don’t apply to herself in regards to others. Suddenly the audience are given an unreliable narrator, is present Micky the clean, good girl that she is set up to be or is she a horrible bitch? Furthermore, Do seems too interested in becoming Micky’s friend; she gets the same hair cut, hangs out at the same places and they gradually move in together. 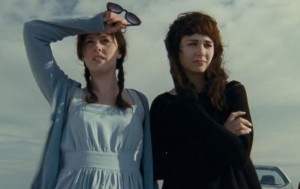 Softley has done a great job at creating two characters both equally innocent and evil throughout the film; both Do and Micky have their dark sides but they are both, in parts, faultless about the world around them. Before Elinor died, she learns that the girls had got back in contact with each other. She is initially surprised but later joyed about this and in her own way, hatches a plan that isn’t revealed until the end.

With Elinor out of the way, we learn that Julia becomes friendly with Do and tries to persuade her to give Micky what she deserves – an ending. It turns out that Elinor has left everything to Micky in her will but Julia and Do’s plans will help them get their hands on everything.

The twists continue, not everyone is who they appear to be and the story continue to reveal all the way until the end.

Middleton and Alexandra Roach, who plays Do, do a great job at a sisterly double act, which has sinister and dark undertones. There is a hint of Heavenly Creatures between the two of them, with some brief homosexual connotations between them. Gradually we learn that Do wants to dominate and own Micky and that is why she changes her look. The chemistry between them is seductive and sensual; both as friends and possible lovers, which really aids in the film itself.

Everything else about Trap For Cinderella feels rather melodramatic; the psychological tension is squandered for continual twists and shock the audience 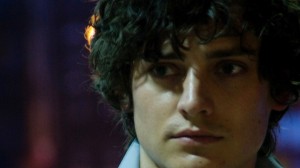 moments, losing some of the overall appeal of the film. In terms of the filmmaking itself, it takes a very subtle and interesting director to make story make sense, which works on so many levels. Softley is able to do this – the story isn’t confusing but it doesn’t beg to be watched again either.

Trap For Cinderella is an interesting concept, which feels somewhat wasted. Moving dangerously between thriller and melodrama, it never quite manages to live up to the expectations of the haunting opening minutes of the film. Although the acting is all very well executed, reveling in the twists of the story throughout, the narrative just isn’t insistent or exciting enough.