The two-time Palme D’Or winners Jean-Pierre and Luc Dardenne have long tackled social issues, taking a naturalistic approach to looking at immigration, class, family and employment. Almost all of their films have been met with tremendous critical claim, and their previous film, the excellent Two Days, One Night, even gained some mainstream attention with an Oscar nomination for actress Marion Cotillard. Unfortunately, their winning streak comes to a halt with The Unknown Girl, a film that does not stray too far from their essence of their previous films, but does not come close to the magic of their recent work.

Doctor Jenny Davin (Adele Haenel) works at a medical practice in Belgium. One evening, the doorbell is rung after hours, and she tells her intern Julien (Olivier Bonnaud) to ignore it, as they must not let patients rule their lives. Thanks to a police investigation, Jenny finds out that the person they refused service was found dead, she is horrified. The person, as the films title suggests, is a young girl, of African descent, without any identification. Jenny’s guilt overwhelms her, and she decides to launch her own personal investigation to discover the girls name, so she can inform her family to receive a proper burial, and put her own mind at ease. 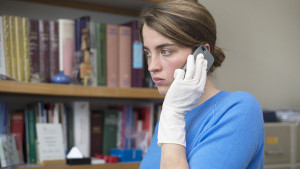 While such a procedural could illicit a great deal of suspense and intrigue, The Unknown Girl focuses far too much on Jenny’s personal guilt, and the film drags on and on as a result. There are, thankfully, moments of genuine suspense that are handled nicely, but the overwhelming reliance on funnelling everything through Jenny stops the film from reaching higher. Perhaps it is because we understand so little about her, despite spending the entire film by her side. The film is so focused on Jenny, but we struggle to understand her motivations beyond the typical ‘she feels guilty because she did a bad thing’. Some introspection could have gone a long way, but Haenel’s performance feels so disconnected and subtle that it is tricky to become absorbed in her quest. There are some moments of vulnerability, but they are so far and few between that Jenny rarely feels human.

Perhaps the reason the film falters so is the reliance on a quest that never feels particularly vital. Yes, Jenny’s guilt is understandable, but the script does nothing to make for a particularly enthralling experience. As her journey continues, everything feels too simple, too straightforward. Twists and turns are not to be found here, and despite a lingering sense that something shocking may be around the corner, the film never takes it there. 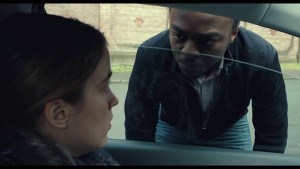 When the film reaches its conclusion, everything reaches a far too tidy, cold and calculated. Perhaps this is the point. Maybe the Dardenne brothers (who also wrote the script) wanted to express the cold and calculated approach so many have to issues like immigration and unemployment. There are moments that show potential, but the constant repetition and lack of narrative innovation drags the film into mediocrity. For a team with as much skill as the Dardenne brothers, it is a shame to see their poetic realism take a backseat to something so detached from emotion.