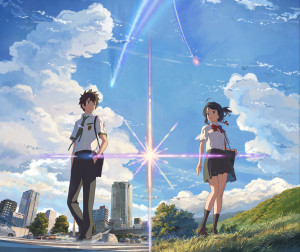 recision, vision and beauty. All of these superlatives – and many more besides – have been lavished on the anime genre in the last thirty years or so. Aided in no small part by the titan of the scene, Hayao Miyazaki, and his associated company, Studio Ghibli, it is easy to see the form as one destined to rest in his shadow (and that of a select few of his cohorts).

After all, Miyazaki’s masterpieces are many; his misfires are few. No one has done more to elevate anime than him. The only other contender could possibly be Isao Takahata, who has always entrenched himself in the camp for more adult-centric fare, with the touching Only Yesterday and the heart-breaking Grave of the Fireflies.

With Miyazaki facing his autumn years, and efforts by his son failing to ignite the world (no matter how well intentioned), Shinkai builds on the steady foundations laid by his own previous outings to bring us the dazzling, pretty and truly profound Your Name. In fact, it is a film that has already struck a chord in its native Japan, where it generated in excess of 10 billion Yen and became the first anime film not made by Studio Ghibli to do so. 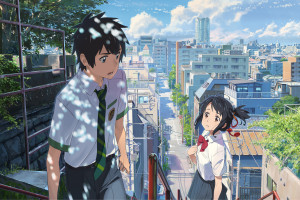 Focusing on the fortunes of a boy in Tokyo and a girl in the countryside, it is a tale where dreams meet reality and return once again, as the two characters swap location and bodies. They live out each other’s lives intermittently. It is Freaky Friday ramped up many notches and with a deeper diegetic flare. To say much more would be to ruin the treasures on offer and the wonder that unfolds. Safe to say that any further explanation of the plot would also make the whole enterprise sound utterly bonkers, because on paper that’s exactly how it appears. But just be assured that this works.

It is a tapestry woven beautifully with the themes of destiny, identity, love and fate. A whisper to our inner child, a love letter to memory, and of dreams and ambition, as well as being an affectionate nod to the magic that can be found in life’s irrepressible onward journey. A true delight. Thank you, Shinkai. On this display, Anime’s future is in safe hands.