The lives of four women are examined with exceptional empathy in Kelly Reichardt’s Certain Women, a slow-burning drama set across the state of Montana. Based on a short story collection by Maile Melody, the film unfolds over three different segments, providing a somber meditation on loneliness. The material feels perfect for a director like Reichardt, who has an exceptional knack for melancholy, and her attraction to the stories are evident. While the film’s slow pacing does create an impressively enthralling effect, not all of the stories have an equal impact. 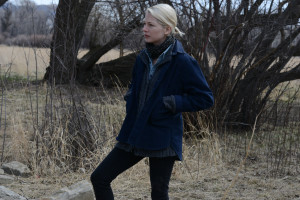 The first story involves Laura Wells (Laura Dern), a lawyer dealing with a frustrated client. On the phone, Laura comments on how if she were a man, people would find it far easier to accept what she says. This concept is also dealt with thoroughly in the second story. Gina Lewis (Michelle Williams) and her husband Ryan (James Le Gros) are in the process of building their own home. Gina feels frustrated by her husband, who talks over her and undermines her relationship with their daughter. Reichardt effectively explores both characters loneliness and feelings of sadness eloquently, but something feels off. This is especially evident in the second sequence, which is even more anti-climatic than the first. There is an unshakable feeling that both of these segments are rather inconsequential, and this is only solidified by the third and final segment.

Jamie (Lily Gladstone) takes care of horses on a ranch. It appears that she works alone, with only animals in sight. Everything she does is in total isolation, but one day, while driving, she sees a group of cars in the school parking lot. Intrigued, Jamie discovers a class on school law taught by Beth (Kristen Stewart). After class, the two strike up conversation, and head to the local diner together, and the two begin to go after each class. While these may not sound like particularly high stakes, Stewart and Gladstone are so great in their roles that you can almost feel their emotions emanate off the screen, making their moments together utterly mesmerizing. Gladstone, in particular, delivers such exceptional naturalism, and her loneliness is so wonderfully expressed through her face and voice. The two have strong chemistry together, which makes their final moments so tremendously effective. 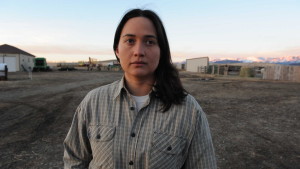 The three stories, while varying wildly in interest, link together thematically. These are all women who feel under-powered, taken advantage of, misled and alone. The link is fairly clear, which is why it feels so strange when loose attempts are made to connect them through the plot. Furthermore, the last shot of the third segment is pitch-perfect, and completely heart-breaking. It is a disappointment, then, when Reinhardt adds a sort of epilogue to each story, which provide nothing of importance to any one of these women, and it feels more like an effort to pad the run-time more than anything else.

With great performances all-around, it is easy to forgive the first two stories for paling in comparison to what follows. Reichardt has an exceptional ability to make the mundane compelling, and she really excels in the terrific last segment, which would make a fabulous stand-alone short. As a whole, however, the film cannot quite live up to its best moments, and it feels like less than the sum of its parts.