It is a rare occurrence that a film backed by a major studio and made for children doesn’t pander to them in an ultimately unchallenging way. Taking on the subject of the trial and execution of people who were considered witches is not untouched territory but to analyse it from a moral standpoint is something altogether unexpected in a film primarily aimed at children. Children, like the rest of the masses, are generally treated like idiots, the creative arts choosing instead to appeal to their base instincts. The success of ParaNorman shows that children don’t just understand topics altogether darker than the standard fare, they have been enjoying it, as ParaNorman has taken almost $100million at the box office. Though numbers rarely determine the quality of a film, the critics have been confirming the quality of ParaNorman and this one is no exception. 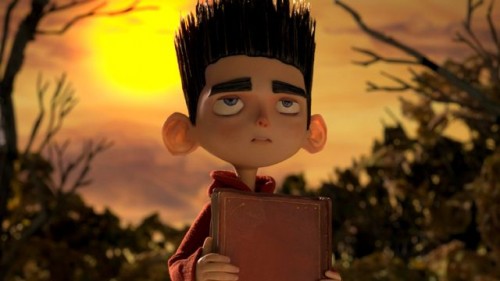 The animation in just sublime, in these days of high end computer generated things a bit of old fashioned stop motion is more than welcome. The design is just wonderful; the colours in particular are very detailed. The arms of Norman’s (Kodi Smit-McPhee’s) theatre teacher are a delight; she is a large woman, to be kind, whose skin stretches at every joint with wonderful colours of purple, red and beige. No detail is too minute. As Norman is tripped, spilling the contents of his rucksack on the ground, his action figures, comics and even the zips on his bag are a marvel. It is a miraculous thing that animators can still spend so much time with tangible material; the time is well spent as Norman’s world is far more immersive for it. 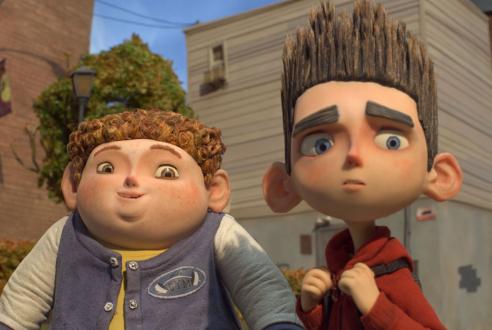 A simple but engaging story sees Norman as a young man able to communicate with the dead. It is a cause of misery for him and he is constantly bullied. Before he dies, Norman’s uncle Mr Prenderghast (John Goodman) warns him he must use a fairytale to stop the dead from rising. Norman’s town is famous for the killing of a witch who at her execution cursed the seven people who put her to death. Along with the help of his friend Neil (Tucker Albrizzi), Sister Courtney (Anna Kendrick), Neil’s dopey football player brother Mitch (Casey Affleck) and school bully and all-round dimwit Alvin (Christopher Mintz-Plasse), Norman must stop the dead from terrorising the town, but in an unexpected storyline twist there is more than meets the eye to this Halloween tale. 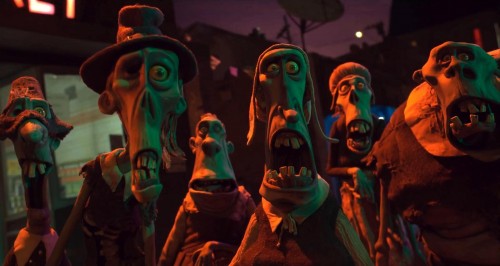 To begin with ParaNorman is not quite a riot but turns into a chucklefest with plenty of slapstick and some sound one-liners to please all ages. The films is visually interesting as the directors use horror cues and live action set-ups to turn the animation into more than just a splendid treat. The real kudos is in line for the magnificent ending, which I will not give away here. Safe to say, it is a spellbinding sequence of Studio Ghibliesque surreal and spirituality. Transcending the expected simple ending and finding a higher plain of meaning and Zen serenity. Although the actual content is straightforward enough for children, the delivery will move and enchant everyone. ParaNorman is a little bit more special because of it, one that will be more likely to be passed on with good praise and recommendations in the years to come.