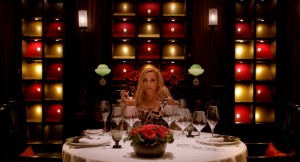 For all intents and purposes, when talking about Nicolas Winding Refn’s Only God Forgives, it should be noted this is a fucking masterpiece of epic proportions. Whilst the general consensus post Cannes was that Refn’s follow up to 2011’s Drive was an overly violent, pretentious piece of work, it could be suggested that is indeed not the case but in fact there are so many layers working together on this film that to fully appreciate the mastery of the filmmaker and those involved should surely be to forget everything you knew before about films and to open your eyes to something that ultimately subverts the theatrical experience and submerges the audience into the murky waters of the plot so fully that by the end, the audience are screaming out for air.

Carefully expanding on all cinematic possibilities and constantly questioning the iconography of both Western and Eastern opinion, Only God Forgives, on initial glance appears to offer very little in terms of adding to the canon of contemporary revenge cinema through it’s sparse dialogue and apparent need to shock the audience through both the on and off screen violence but when commenting on the film in relation to the very popular and well documented Asia Extreme genre of cinema, ones understanding of Only God Forgives expands in leaps and bounds.

Ryan Gosling plays Julian, a US living in Bangkok who runs a boxing club, which is actually a cover for a drug smuggling operation, alongside his brother Billy (Tom 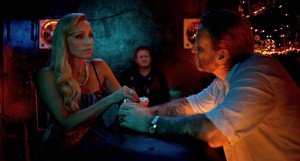 Burke). When Billy brutally rapes and murders a young girl, Lieutenant Chang – known as the “Angel of Vengeance” (an incredible sombre and horrifying Vithaya Pansringarm) allows the father of the girl to murder Billy. Crystal (played by a nearly unrecognisable Kristin Scott Thomas), the boys mother, arrive in Bangkok to collect Billy’s body – she then demands that Julian finds the men responsible for her son’s death and he kills them. Initially Julian refuses because he believes that Billy got what he deserved but after later provocations and revelations, he changes his mind and decides to aid his mother in her rampage against Chang.

Whilst the narrative is pretty straight forward and easy to understand, it is in fact the look and style of the film that make it stand out alongside some of the best. This delicately made film provides a careful balance between the underworld that Refn is portraying; that involved in drugs, sex, booze, violence, blood, gore and sleaze alongside a stunning landscape of Bangkok and an incredibly beautiful sense of otherworldliness. The use of ambient and atmospheric lighting in Only God Forgives is used to the same skill that Orson Welles used depth of focus or Shindo mastered chiaroscuro lighting; it both adds narratively to the film, is a form of entertainment and endearment for the audience but also showcases the inherent skill of the filmmaker. The film is generally pretty dark, although there tends to be a variation between dimly lit scenes, which carefully illuminate certain parts of the image that the audience need to recognise and bright, shining scenes, where the image is almost too much for the audience to bear. This is particularly noticeable during the star entrances for the film – whilst there is a slight subversion to the recognisable star lighting entrance, typically offered in cinema, by having the stars enter dark scenes (particularly noticeable in Thomas’ entrance) and yet they are illuminated throughout (be it with a neon light or some sort of harsher light to the rest of the location). 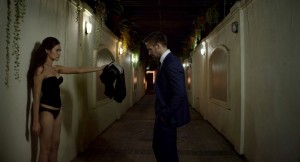 *spoiler alert in the following paragraph*

The film’s ability to work also relied heavily upon the performances of the cast; the main three, Gosling, Thomas and Pansringarm all work in a carefully constructed chasm where they constantly play cat and mouse with each other throughout the film. They bounce off each other and particularly Gosling and Thomas who have such strong, intense chemistry that it allows the audience’s mind to wonder further than their on screen relationship. The film is interested in certain psychological aspects that aren’t necessarily part of this particular story but are in the story of the lives of the characters – there seems to be an untold story between Julian and Crystal and that their relationship appears to mirror a type of Oedipal aspect that is only lightly illustrated. Most interestingly is when Crystal is killed and Julian finds her body and stabs her further before putting his hand inside of her; this sequence recalls a Pasolini type of cinema but also calls upon the Freud in all of us to decipher the meaning of that action – he is literally going inside of his mother… 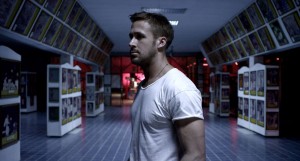 Park Chan Wook was made famous within, the genre that allowed Oldboy to be possible. It was a chilling cinema, that told strong stories but were shrouded in violence, usually violence that interacted directly with the body and often recalled a body horror sort of image, mutilation some would say that would get under the skin of the audience. This is what Only God Forgives is providing and whilst we no longer have a constant stream of this type of Asian cinema coming in, this film is pretty close. But it really most makes sense within this context, alongside the understanding that the tension between Julian and Chang is that ‘this town ain’t big enough for the both of us…’ Here is where the Western aspect comes in; the themes of family, revenge and betrayal are relatively Westernised ideas but Only God Forgives so intensely tangles these genres that you aren’t sure where one starts and one ends.

Surely a film that will one day earn itself a name as an acclaimed piece of cult cinema; whilst Drive was a noir of contemporary cinema, Only God Forgives is a completely different recalling a genre that many do not realise we have slightly lost. It does the audience no good to try and compare the films, especially when choosing whether you are going to watch. Rather take this film on its own merits and appreciate each and every scene you are being shown. Despite the sparse dialogue of the film it is always moving, lead by some outstanding performances (especially Thomas who seems to outperform everyone else by a long shot) and some of the most beautiful cinematography you will see all year. A film for students and scholars of film, but certainly with the ability to be appreciated by all, Only God Forgives will become a seminal piece of film within the world cinema canon.