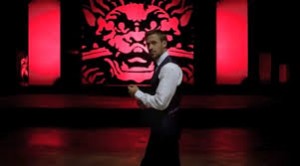 As the second Nicolas Winding Refn collaboration with Ryan Gosling, Only God Forgives fails to live up to the brilliance and intensity of Drive. The film premiered at Cannes to tepid reviews and is set for a summer release.

International drug lord Crystal (Kristin Scott Thomas) travels to Bangkok to claim the body of her youngest son when he is found dead days after murdering a young prostitute. She calls on her other estranged son Julian (Gosling) to support her in her quest for revenge, even as a redemptive local policeman (Vithaya Pansringarm) aims to wipe them both out in an effort to cleanse the city’s underbelly of crime.

Refn certainly can’t be faulted for his colorful style and cinematography, which remain exquisite. Just as he did with Los Angeles in Drive, Refn lovingly instills the city of Bangkok with his trademark neon colors, managing to carefully tread the line between visual poetry and tawdriness. The seediness and eccentricity of the location shooting lends a twisted, almost mythical aura to the images, aided by the prominence of Buddhist motifs and statues. Though faster paced than the measured rhythm of Drive, Only God Forgives still plays with time and deliberately staggered shots within a framework of explosions of color – think Wong Kar-Wai slowed down so as to attempt cinematic philosophical contemplation. Refn does manage to keep every shot beautiful, even if at times this seems to restrict the image’s spontaneity and limit the shock inherent in its outbursts of violence. 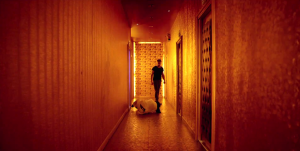 Nevertheless, the lack of a driving force behind the characters and the flimsy plot ultimately serve to relegate the film to DVD back catalogs. The lack of contextualization renders the violence overly gratuitous even by Tarantino’s standards, while the minimal attention paid to characterization leaves the viewer wondering whether this is meant as deliberate (and unsuccessful) artistic ambiguity or simply betrays a writer-director’s lack of investment. While the relationship between Crystal and Julian sets up several potentially perverse and interesting narrative strands, none are followed through and the film settles instead for negligible plot development and a reliance on its own aesthetics that borders on pretentious. Rather than complement the stunning cinematography with a revenge quest of equal power, Refn chooses to rely entirely on his visual mastery and experimentation, as if sidestepping his own insubstantial narrative in favor of self-determined artistic excess.

Thomas’ performance as the no-nonsense, tacky yet refined mother acts as one of the film’s few saving graces; she receives the most compelling lines in the sparse script and easily delivers them with the most panache and charisma. Straddling the line between a drug-infused ‘hoochy-mama’ and a caring mother, she approaches the performance with obvious enjoyment and delights in a character so unlike her previous roles. By contrast, Gosling seems to have abandoned the strength and quiet concentration that defined his performance in Drive in favor of an inaccessible stance so far removed from the spectator even Clint Eastwood would surely protest. Even his good looks and his suave aura can’t save him here, for at times his non-acting borders on offensiveness before a savvy film audience, and even more so for fans of Refn’s previous work.

The fact of the matter is that Only God Forgives is so similar to Drive it can’t help but invite comparison, and falls short of its inspiring predecessor every time. Where Drive’s sparse dialogue generates intensity and adds ambiguity to the characters, Only God Forgives creates overly composed silences that frustrate rather than narrate, stressing the extreme stylization of the film in an entirely negative way. Entire scenes are staged as semi-static tableaus, through a privileging of stillness in the acting and the blocking that comes off as staid and redundant rather than mythical or sacred. Similarly, while the soundtrack of Drive offers an emotional extension of the film’s inner psyche, in Only God Forgives the incessant quirky Thai music feels overtly out of place in a move that has been done to death by other directors and consequently done better before; it seems to follow a trend rather than add its own flavor. The 80s synth that spoke volumes in Refn’s previous film now begs to be silenced, failing to capture character dynamics, atmosphere, or anything of real value beyond repetitive noise. 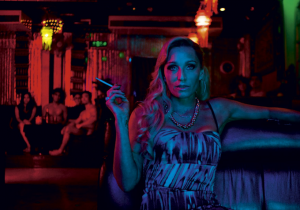 While Drive stakes its claim as the ideal marriage of style and substance, Only God Forgives sacrifices the latter in favor of the former, ignoring the possibilities that could have propelled this semi-coherent revenge story to a more compelling level. While Only God Forgives’ style is glorious, the heart and general makeup of its story is so vapid it seems to challenge the spectator to care about the outcome of the film or of any of the characters at all, proving to be an unfortunate disappointment within this year’s summer releases.