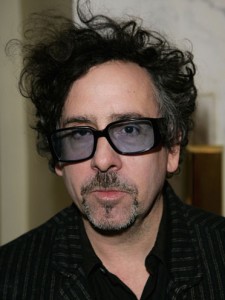 Ain’t It Cool News reports that writer, Linda Woolverton who is best known for writing the screenplay for the Disney’s 1991 adaption of ‘Beauty and the Beast’ and co-writing 1994’s smash hit ‘The Lion King’ is set to be writing a revamp of the ‘Sleeping Beauty’ story, set from the evil green-skined witch, Maleficent’s perspective. 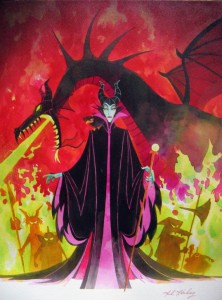 The original 1959 Walt Disney cartoon adaption was set from Princess Auroua’s view as the beautiful princess who was put under a curse from the wicked witch and that on her 16th birthday, she should die upon a poisoned spinning wheel. The King, her father, gives three good fairies the duty of looking after Auroua where they put her to sleep until the kiss of her one true love will awake her and break the curse.

Nothing has been confirmed yet but various sources state that both Burton and Disney are interested in Burton taking on the project as well as Angelina Jolie reportedly being interested in starring as the self proclaimed “Mistress of Evil”, reports The Los Angeles Times. No spokespeople for Disney, Burton or Jolie have spoken about the new fantasy adaption and it appears we will have to just watch this space. 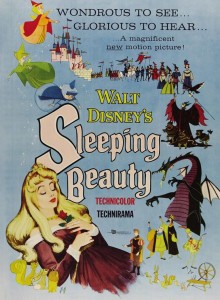 In the meantime, catch Jolie in spy thriller ‘Salt’ opening this summer followed by ‘The Tourist’ which is currently being filmed alongside Johnny Depp. Burton’s next picture, ‘Dark Shadows’ starring Depp will be going into production later this year.

So what do you think of another Disney revamp? Has Burton’s ‘Alice’ really affected the screen enough to allow other classics to come back and in what form? ‘Alice in Wonderland’ is certainly darker than the original Disney adaptation so what about ‘Cinderella’, ‘Peter Pan’ or ‘The Little Mermaid’? Generations of children were bought up on these Disney animations but in recent times it appears there is much more competition in children’s film and Disney is certainly upping the ante by showing that even children can watch the darker sides of these tales.