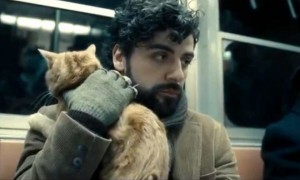 The recipient of this year’s Grand Prize at the Cannes Film Festival, Inside Llewyn Davis brings the Coen Brothers back to the spotlight after the lukewarm success of A Serious Man. Unlike anything they’ve done before but still recognizable as a ‘Coen’ film, Inside Llewyn Davis deservedly garnered showers of attention at the festival for its stand-out performances, beautiful cinematography, and exceptional directing.

The film traces the life of its eponymous protagonist, a young folk singer in the 1960s (Oscar Isaacs) struggling to make ends meet as he navigates failed relationships and broken friendships in an effort to score an audition with a prominent record label manager. With winter closing in and his living situation precarious, Llewyn takes to the open road in an attempt to outrun the responsibilities and memories that haunt him.

Inside Llewyn Davis pushes past the Coens’ usual cartoonish and exaggerated characters to deliver writing and performances that are funny, accessible, charming, and – most importantly – human. Though the characteristic deadpan humor remains, this time it ceases to build a wall between the characters and the audience; instead we are drawn into a world as real as it bizarre. The loving attention to detail paid by the two writer-directors ensures that even a cat becomes a central character. Moreover, there is a lingering sense of fragility rarely seen in Coen characters before this, as if the very fabric of the soothing folk tunes brought out a fearsome yet fascinating vulnerability.

Oscar Isaac shines in the lead role; he brings Llewyn to life in such an unassuming and authentic way that one wonders whether the musician he plays might have actually existed among the myriad of talent that emerged from Greenwich Village in the 60s. His character questions the significance of music and the difficulty of making a living through it, in an all-too-familiar theme that is made refreshingly original by his shrewdness. More fascinating still is watching Isaacs transform when he sings; from a gawky, shuffling wanderer he becomes a purveyor of deep truths, a sacred vessel of solace for all of life’s troubles. Capturing the charm of Bob Dylan within a framework of insecurity, Isaac instills the film with accessibility, opening the world of folk to every willing ear in the audience. Much like Joaquin Pheonix’s Johnny Cash in Walk the Line, Isaac firmly stakes his talent in the field of music, contributing to the deliriously enjoyable soundtrack. 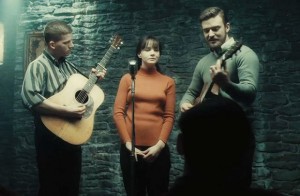 The supporting characters likewise uphold the Coen trademark quirkiness without forgoing the story’s heart, making for an interesting questioning of the practical and emotional value of music. Carey Mulligan is the perfect levelheaded foil to Llewyn’s airiness, glowing and glowering in her regrettably limited screen time. Justin Timberlake tackles an unexplored musical realm within his repertoire, perfectly embodying the naïve folksinger. Meanwhile, John Goodman plays an unforgettable aristocratic wanderer that emphasizes how misdirection can plague anyone’s life, regardless of social standing. His peculiarity is only superseded by his chauffeur’s sarcastic stance, played by the impeccably chiseled Garrett Hedlund. Though one would expect the sum of these eccentric characters to be greater than the individual parts, the Coens’ writing is so sharp each vignette flows naturally into the next, so that they never seem too extravagant or unapproachable.

The Coens’ aptitude for creating film worlds likewise remains intact; the striking production design and cinematography work to infuse the film with a misty vintage look reminiscent of photographs of the era. The pensive grey, blue, and white tones add a moodiness that perfectly mirrors Llewyn’s own brooding. New York and its outskirts are mysteriously brought to life, blanketed in snow and justifying the need for soothing music. Inside Llewyn Davis feels like an altered time capsule, meticulously reproducing the aesthetics of the 60s with a distinctly Coen nonconformity.

While Coen films have always been noted for their exquisite soundtracks, this is the first time music has served as the sole foundation of one of their narratives. Produced by the legendary T-Bone Burnett and Marcus Mumford, the film’s soundtrack features a blend of covers and original recordings. The music in the film mystifies and uplifts – fans of folk will bask in its glow and non-believers will undoubtedly find themselves converted. The Coen brothers give the songs the respect and adulation they deserve, often filming the performances in their entirety. 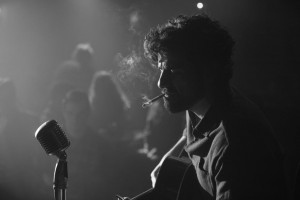 Ultimately the film offers a feel-good yet philosophical look at the life of a musician like so many others but unique as only a Coen protagonist can be. Inside Llewyn Davis is a welcome journey into the realms of the past with a decidedly bohemian tone. A relatively simple story and overdone setting are rescued by impeccable directing, razor-sharp writing, and memorable cinematography. This is one film that resolutely stands out amongst the Coens’ oeuvre –and that’s saying a lot.