If You Liked… Drive

This fortnightly article will take a look at a current release and recommend three films based on different aspects of the film in question. Hopefully each recommendation will be diverse and slightly unpredictable, as hopefully some this week show. Let’s kick off with three films for you to watch if you liked Nicholas Winding Refn’s Drive. 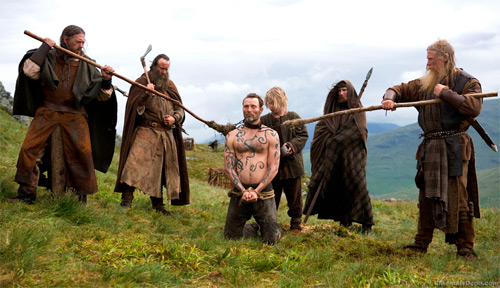 Winding Refn’s last film before Drive was this atmospheric piece that is even more restrained yet just as violent as the Cannes hit. With a slight run time of 93 minutes, and containing roughly ten lines of dialogue in the entire film, this is a raw, quiet film which is as cold as the Viking landscapes that the characters inhabit. It tells the story of a mute warrior, One Eye (Winding Refn apparently starting a tradition in his films of quiet, unnamed central characters) who is a slave to some Vikings who take a long boat journey across the sea.

Low on plot, dialogue, character and event this defies just about every expectation that you might have from an 18 rated film about Vikings, yet it excels in creating an unforgettable atmosphere. It’s nigh on impossible to tear your eyes away from, with mist covered moors shot as ethereal, alien landscapes. By the end, one may wonder if there is a point to all of this, but as a piece of cinema there is nothing else quite like it. Hypnotic, violent and unexpected, this is a great companion piece to the flashier Drive.

For those of you that engaged far more with the romantic aspects of Drive than the ultra-violence, following it up with some Wong Kar Wai is probably the best way to go. In The Mood For Love, a dreamy, languorous tale of an affair in Hong Kong between two repressed neighbours, is a masterpiece of understatement. Much like Carey Mulligan and Ryan Gosling, the two leads in this develop a relationship not through an excess of talking but through an exchange of looks here and a brief encounter there. Wong shoots much of the film in slow motion, and, as in all of his films, makes a great use of colour filters. It’s easy to see how his work may have influenced the scenes in which Mulligan and Gosling drive around the city wordlessly.

Only, it’s not spoiling anything to say that In the Mood… doesn’t have a second act with skull crushing and arm slicing. Instead the passions of the affair only heighten, and almost reach boiling point. Measured and restrained yet no less heartfelt for it, this film seems to be the forerunner to Drive in terms of establishing a mood and telling a story through a much more visual, cinematic way than something that is driven by dialogue. 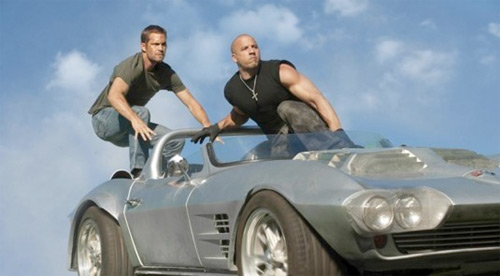 If you came out of Drive thinking “that needed more driving” you should probably watch this, the most testosterone fuelled film I think I’ve ever seen. Features lots of fast cars.