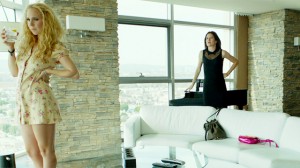 Jill Soloway’s debut feature, Afternoon Delight is a quick-fire, charmingly sweet tale about what has to come between a couple to remind them what they already have. Featuring a whole host of exquisite talent including the hilarious Kathryn Hahn (Parks and Recreation), Juno Temple (Killer Joe, Magic Magic, Kaboom), Josh Radnor (How I Met Your Mother), Jane Lynch (Glee), Jessica St. Clair (Bridesmaids) and Michaela Watkins (Enlightened, Enough Said), this is possibly one of the best, funniest, most compelling comedies to have been released in years.

Hahn plays Rachel, an out of sorts mother of one bringing her son up in a predominately Jewish community, surrounded by other ‘better’ mothers. She has her own secrets; she is in therapy with Lenore (Lynch) who is much more interested in talking about her lesbian relationship rather than helping Rachel and she is married to the always working Jeff (Radnor). The couple haven’t had sex in ages but Rachel’s issues are bigger than just her lack of intimacy with her husband, she feels out of place and unable to fit in, no matter how hard she tries. But when her friend, Stephanie (St. Clair) persuades her to come to a strip club with Jeff, they meet someone who ultimately would change their lives forever. Temple plays McKenna, a 22 year old (although she pretends to be 19 for the customers) sex worker, who spends most her time dancing for money in the club or having sex with older men or those who like something a little more kinky. She is kind hearted and appreciates those who offer her help but she is also very quick to turn on them as well. When Rachel feels guilty for leading her unhappy lifestyle, she brings McKenna home and sees something of herself in the young girl’s outlook on life. She gradually gets Jeff to agree to allow McKenna to stay as their babysitter but that doesn’t stop her going out and making more money having sex.

One of Rachel’s biggest issues is her lack of understanding of her own body; before she can have sex with Jeff she needs to be intimate with herself and 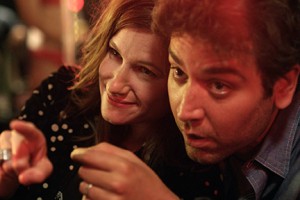 understand how sex really works emotionally. There is an incredible tension throughout all the sex scenes in the film until the final one; comparing the scene when Rachel tries to have sex with her eyes open with Jeff but finds it too difficult to look at him with the sex that McKenna has with one of her customers and Rachel watches really opens the audience up to understanding the characters; sex is one of the biggest character tropes of both Rachel and McKenna. What is most interesting about this relationship is that in most other films, the issues of the marriage would have left Rachel finding solace with another man and then maybe making a mistake and realising what she had but to let two women meet and become intrinsically linked is one of the strengths of the film.

Whilst the drama of the film bubbles patiently throughout until boiling point and McKenna sleeps with one of the kids fathers during a poker party, there is also a huge amount of hilarious comedy, which honestly grounds the film in a reality that allows the audience to truly understand the characters and their points of view. What this film is so cleverly doing is pointing out the hysteria and manicness of life; it is aware that one can be placed in awkward situations and instead pats those situations on the back and tries to make light of them. The script, also written by Soloway is really something brilliant; when McKenna is chatting about her clients, she describes one of them as a run of the mill, typical, vanilla type of kinky guy and later on in the film when Rachel is talking about the power mum, Jennie (Watkins), she actually calls her a two types of plates sort of Jew. This cleverly structured, subtle kind of writing is something films are crying out for more and more these days; with the rise of the indie hipster comedy, it really takes someone like Soloway to come in with a unique perspective and intimate understanding of emotion and of her characters to make a film like this really work. 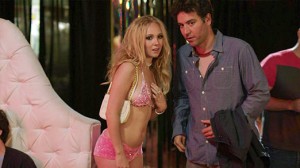 Performance wise, the woman are the highlights of the film; Hahn, Lynch, Watkins, St. Clair and Temple are all such brilliant comedy actresses that even with this deep, personal script, they are able to make the audience laugh and feel at the same time. As a group, their timing is spot on and they know how to make the audience’s mind change throughout. The sequence when the ladies are having a drink on a night out quickly turns dark when they drunkenly discuss the abortions they have had is a stroke of mastery; there is both light and dark in this sequence but most importantly it appears shot through a handycam of a slightly drunk camera operator as the audience join the drunken conversation and can’t quite steady themselves as if they are also drunk. Bringing the audience so close to the characters makes the story so much believeable and important to be told.

At the end of the day, this is a grand welcome to the next generation of suburban satire; where Desperate Housewives left off, it takes a film like Afternoon Delight to bring in new talent and light in this clever and funny depiction of middle class Jewish life. The film is by no means simple and is constantly questioning the motives and actions of all the characters throughout – especially why does Rachel feel compelled to bring McKenna home, is she feeling a little bi-curious – and yet by the end the audience have come on a full and enjoyable journey that has reached a touching conclusion.

Afternoon Delight is screening as part of the UK Jewish Film Festival 2013, take a look here for more information: http://ukjewishfilm.org/film/afternoon-delight/