What Batman did next... | Front Row Reviews
Home
News

What Batman did next…

It’s not too often that I would write up a news article concerning the next move of an actor, but over the years Christian Bale has proven that he isn’t just any actor and can very easily mix large blockbuster franchises like Terminator: Salvation and Batman alongside films like I’m Not There and The Fighter, for which he won an Academy Award for Best Supporting Actor. With Christopher Nolan’s The Dark Knight Rises due out next year and wrapping up this Autumn, it marks the end of the Bale/Nolan Batman trilogy, but what remains for Bale after that, he has a long list to look forward to deciding over. 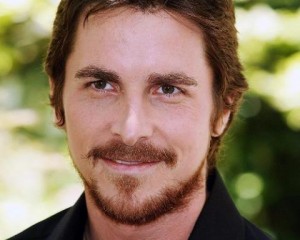 At the moment, it has been rumoured that Bale is looking at a list that includes Warner Bros.’ remake of A Star Is Born, starring Beyonce Knowles and directed by Clint Eastwood; Gold, which Michael Mann will direct; a remake of Korean thriller Oldboy, to be directed by Spike Lee for Mandate, in which Bale would play the villain; Relativity’s Out of the Furnace, to be directed by Scott Cooper; and Noah, Darren Aronofsky’s biblical epic at Paramount. Studio insiders say that he is looking only to what comes after The Dark Knight Rises and possibly won’t make any decisions until that has finished filming.

Whatever happens, Bale finds himself in a very unique and favorable position — especially coming off his first year since 2003 without a film in theaters (since 2002 there have only been two years — ’03 and ’04 — in which Bale has not had multiple releases).

He’ll get back on track in 2012 with The Dark Knight Rises and period pic The 13 Women of Nanjing (directed by Yimou Zhang), which he shot before donning the Batmask for the last time.

Bale has always based his decisions on the material and the people involved. Given the pedigree of each of the projects before him now, it’s anyone’s guess what role he’ll jump into next.