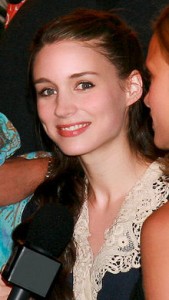 Twitchfilm have reported this week that star of the forthcoming David Fincher film, The Girl With The Dragon Tattoo (remake), Rooney Mara (The Social Network) is being targeted to play the female lead, renamed Marie in the Spike Lee English speaking remake of Park Chan-wook’s 2003 South Korean thriller, Oldboy.

Josh Brolin has now confirmed for the lead of the remake where the preliminary plot involves Brolin who will play the part of Joe (Dae-su Oh in the original); a man who is captured and imprisoned in a hotel room for over two decades (15 years in the original) with no understanding as to why. When he is suddenly released he is told that he has just four days to determine the reason for his imprisonment and if he cannot his daughter will be killed.

As well as the reveal of Brolin and the news of Mara, The Dark Knight Rises star, Christian Bale is currently being considered for the villain role.

I am inclined to agree with Twitchfilm’s opinion on the idea of Mara as the main female lead. “She’s not only an actress on the rise – Fincher’s The Girl With The Dragon Tattoo providing a huge boost in name recognition – but she carries the mix of fragility and fearlessness that the part will demand. Should this work out it’s a fabulous choice in our books.” The only thing that I worry about is whether the role may turn on Mara if her two biggest roles to date were both in English speaking remakes?

Brolin can next be seen in Men In Black III, due for release early 2012. The US version of Oldboy is to be released by Mandate with Mark Protosevich (Thor, I Am Legend) writing the script.