‘The Caped Crusader’ to fly back onto our screens July 2012

Warner Bros. Pictures have recently announced that the release date for Christopher Nolan’s ‘Batman 3’ will be July 20 2012.

This release date is just a little over two weeks after Sony Pictures are releasing their ‘Spiderman’ reboot on July 3 2012 and both follow ‘The Avengers’ which will be released on May 4 2012. It looks like the summer of 2012 is looking set to be one filled with flying men in tights and action packed sequences. But not forgetting the eagerly awaited pictures ‘The Hobbit’ and ‘Star Trek 2’ also scheduled to be released in 2012. 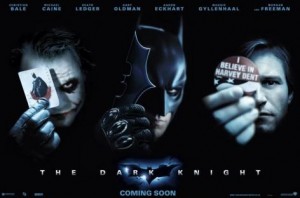 Very little is known about cast and crew at this early stage of production but leading man Christian Bale previously stated that he already signed for the third film and Michael Caine and Gary Oldman are expected to reprise their roles as Alfred Pennyworth and Commissioner James Gordon respectively.

Nolan’s ‘Batman’ reboot has launched the bat into the spotlight after some unsuccessful attempts during the 1990’s. ‘Batman Begins’ which was released in 2005 and starred Bale, alongside Cillian Murphy, Liam Neeson and Katie Holmes told the origin story of Bruce Wayne and the Batman. This was followed by the 2008 global box office success, ‘The Dark Knight’ which took a little over $1 billion worldwide and starred an Oscar winning, show stealing performance by the late Heath Ledger as The Joker. 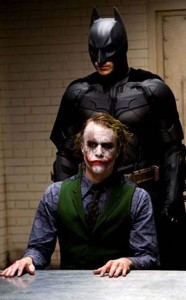 Many believe that it was due to Ledger’s use of prescription drugs and the dark journey that he took into the mindset of The Joker, which ultimately led to the performance in the film that caused his death.

Nolan, hit the big time when he released 2000’s ‘Memento’ starring Guy Pearce which was based on the short story written by his brother, Jonathan. The story followed Leonard, a man with anterograde amnesia that meant that he was unable to create new memories, and his journey to finding the man who killed his wife. The film made use of audience alienation techniques by playing the short bursts of colour memory backwards throughout the narrative of the film, to make them feel like Leonard. These were interspersed between black and white sequences which pick up on another line of action and narrative. 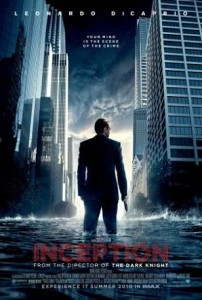 Since then, Nolan has released ‘Insomnia’ (Al Pacino, Robin Williams), ‘Batman Begins’, ‘The Prestige’ (Hugh Jackman, Christian Bale), ‘The Dark Knight’ and his newest picture which is due for release in July this year, ‘Inception’ starring Leonardo DiCaprio and Marion Cotillard.

So now there is a release date and us mere mortals suppose that names are starting to be thrown about the studio, two questions remains. Which villains will feature in this sequel and will it ever manage to live up to ‘The Dark Knight’?