Visually stunning, sleek, contemporary packaging to appeal to the modern collector, Diamond Luxe Editions are built with a revolutionary lithographic material for an unprecedented hyper­glossy finish including a hidden magnet that maintains a secure, yet soft closure. 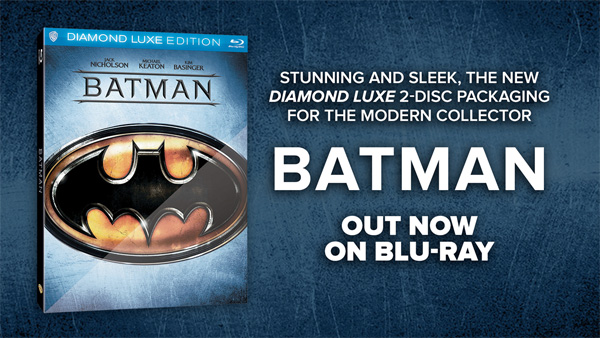 In 1989, director Tim Burton breathed new life into one of the most complex and intriguing characters in popular culture. Burton cast off the 1960s camp depiction of the Dark Knight and launched for Warner Bros. one of the most popular comic book film series ever. Batman was the top-grossing movie that year and subsequently became a global phenomenon.

The Diamond Luxe Edition is available to buy from Zavvi today: http://bit.ly/1xSfQvU

To celebrate the release of Batman Diamond Luxe Edition, we have a copy on Blu-ray to giveaway.

Who plays Batman in this version?