As Planes 2: Fire & Rescue is out now it only seems fitting to celebrate some of the many Disney and Disney•Pixar films that have been inspired by real life locations.  From the streets of New Orleans to the plains of Africa, let’s take a look at some of these amazing settings! 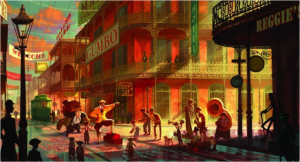 The Princess and the Frog

The jazz filled streets of New Orleans and the Louisiana Bayou served as the setting for Princess Tiana’s toe tapping adventure  for life as a frog.

The stunning mountains, fjords and architecture of Norway provided inspiration for the setting of Disney’s Frozen.   In particular, Oslo’s medieval Akershus Castle and the city of Trondheim’s Stiftsgården Royal Palace are reminiscent of the film’s iconic Arendelle castle.  Disney’s Frozen is now the highest grossing animation of all time. 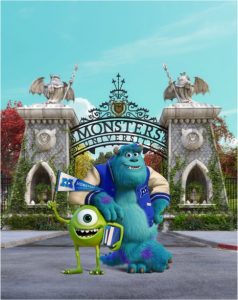 Universities aren’t that different in the world of monsters it seems. The Ivy-league institutions of UC Berkeley, MIT and Stanford, inspired the film-makers to create the 700 year old university campus setting for the movie.

Set against the breath-taking backdrop of the Scottish Highlands, this is the tale of Princess Merida, who is determined to make her own path in life.  The stone circle, an integral part of the film’s story, is based on the Standing Stones at Callanish, which can be found on the Isle of Lewis.

The tale of Remy the rat, who dreams of becoming a chef, finds himself working in the kitchen of a renowned Paris restaurant.  The film perfectly recreates the charm of Paris’s restaurants and cafes, with several legendary landmarks including The Eiffel Tower, taking center stage.

Piston Peaks is the setting for Planes 2: Fire & Rescue with stunning canyons, lush forests and jaw-dropping waterfalls. Where else can you see nature like this? Try Yosemite Park in California! 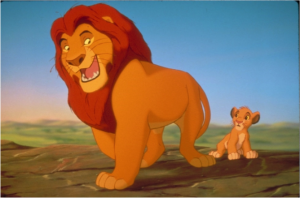 The plains of the Serengeti were captured in the Lion King, as zebras, wildebeest and a whole host of other African animals gathered to witness the reveal of the new prince, Simba. 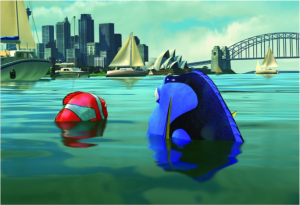 P. Sherman, 42, Wallaby Way, Sydney. There’s an address you can probably remember, where Nemo found himself, trapped in a fish tank inside a dentist’s waiting room.  Sydney Harbour along with the Great Barrier Reef in Queensland provided the main backdrop for the film. 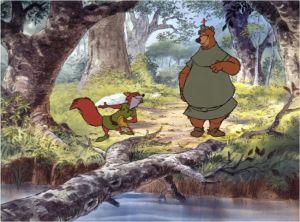 Robin Hood and Little John, walkin’ through the forest…that is Sherwood Forest to be exact. The beauty spot in Nottinghamshire has become synonymous with the heroic outlaw.

PLANES 2: FIRE AND RESCUE is out now

Planes 2: Fire & Rescue is a new comedy-adventure about second chances, featuring a dynamic crew of elite firefighting aircraft devoted to protecting historic Piston Peak National Park from raging wildfire. When world famous air racer Dusty (voice of Dane Cook) learns that his engine is damaged and he may never race again, he must shift gears and is launched into the world of aerial firefighting. Dusty joins forces with veteran fire-and-rescue helicopter Blade Ranger (voice of Ed Harris) and his courageous team, including spirited air tanker Dipper (voice of Julie Bowen), heavy-lift helicopter Windlifter (voice of Wes Studi), ex-military transport Cabbie (voice of Captain Dale Dye) and a lively bunch of brave all-terrain vehicles known as The Smokejumpers. Together, the fearless team battles a massive wildfire and Dusty learns what it takes to become a true hero.  Planes 2: Fire & Rescue is released in cinemas in Scotland on August 1st and across the rest of the country on August 8th.