Depp and Disney to collaborate on two films 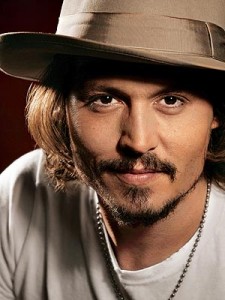 Disney is set to strengthen their ties with Johnny Depp, as the studios reveal two upcoming collaborations with the Hollywood actor.

Both camps have already established a profitable working relationship which is evident from the success of the Pirates of the Caribbean franchise alone, but Depp’s Disney association will soon branch further than Captain Jack Sparrow.

The two upcoming films will be produced by Depp’s very own production company- Infinitum Nihil, which he headlines with partner Christi Dembrowski. The first movie in the pipelines is titled The Night Stalker which is a remake of 70s TV show that centres around journalist Carl Kolchak who finds crimes are often related back to vampires and zombies.

The three-time Oscar-nominated star is also set to co-produce Revere which is based on Paul Revere’s life and the colonial figure’s historic midnight ride.

Fans will be pleased to know that along with exercising his production skills, Mr Depp plans to play lead in both films. But while we wait it out to see the results of the high-profile collaboration, we can still catch Depp in Disney’s Lone Ranger set to hit theatres next December.