Pixar: the most successful film studio of them all? | Front Row Reviews
Home
Features

Pixar: the most successful film studio of them all?

This week Toy Story 3 became not only the highest grossing animated film ever at the UK box office, but worldwide as well, knocking Shrek 2 off the top spot. It’s no surprise really. Woody and Buzz first captured the hearts of adults and children alike some fifteen years ago, and Pixar have become a shining example of how to make great films ever since. Now, eleven films, $5.5 billion, and countless awards later, Pixar is easily one of the most successful film studios of all time. That’s why it is no easy task to whittle down their masterpieces into a neat top five, so here’s a top six instead… 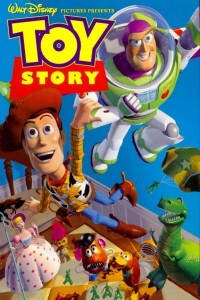 Toy Story may have been first full-length computer-animated film, but it wasn’t just a cinematic milestone; once the swirling cloud of awe and wonder had disappeared, what remained was a fantastically original movie. When young boy Andy leaves his bedroom, his toys come alive (but not in a creepy Stephen King way). Rag-doll cowboy Woody, Andy’s “favourite since pre-school”, is suddenly usurped by a new hi-tech space-ranger Buzz Lightyear. When a jealous Woody attempts to get rid of his competition, both him and Buzz are hurtled into a series of unwanted events that find them in Sid’s clutches, the toy-destroying boy from next-door. People the world over were captivated by the stunning visuals and Woody and Buzz joined Mickey and Donald as cartoon icons. Pixar could have happily gone down in history for this achievement alone. Instead, they only tried harder… 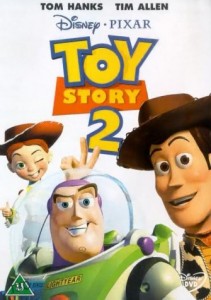 Joining the ranks of Godfather Part II, Aliens and The Empire Strikes Back, Toy Story 2 was one of those rare, nigh on extinct movie moments; the sequel was just as good, if not better than its predecessor. Originally intended for a straight-to-video release, Pixar thankfully recognised the cinematic gold they had on their hands and Toy Story 2 became a critical and commercial success in theatres all over the world. When Woody is stolen it’s up to his fellow toys and friends Buzz, Rex, Hamm, Slinky and Mr. Potato Head to rescue him. Venturing out of Andy’s bedroom the toys face the perils of busy roads, gigantic elevator shafts and a grown man dressed in a chicken suit, to name a few. With Toy Story 2 Pixar proved that their previous success was no fluke; they were perhaps the most imaginative and successful animation studio since Disney itself. 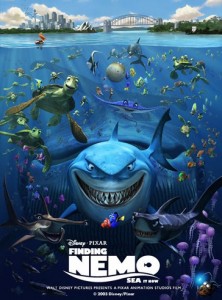 Pixar worked their magic yet again when they produced Finding Nemo, which tells the simple but stirring story of a father searching for his lost son. Yet like all Pixar tales there’s an inspired twist – they’re fish. So when little clownfish Nemo gets taken by a diver, his dad Marlin has to search the entire ocean for his only child. Joining Marlin is the forgetful Dory, and together the two face off against occasionally-vegetarian sharks, race through hundreds upon hundreds of jelly fish and find themselves on the inside of a gigantic whale. Pixar outdid themselves with truly dazzling animation, capturing the misty focus and translucent tones of water as well the bright rainbow spectrum of exotic ocean-life. Once again balancing hilarity and heart, Pixar’s winning streak continued with this deeply moving film about life in the deep blue sea. 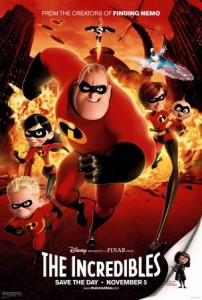 With a growing back catalogue of hits, Pixar tried their hand at the superhero genre with the riotous action-comedy The Incredibles. When a lawsuit causes all superheroes to retire to the lives of their secret identities, “supers” Mr. Incredible and Elastigirl have to adapt to the frustrating, mundane existence of suburbia while raising their equally gifted children. However, a supervillain’s fiendish plot to eradicate the once famed heroes means Mr. Incredible and family must once more save the day. Boasting a distinct Art Deco style and retro aesthetic, the film is one of Pixar’s most eye-popping, whilst the blend of explosive action and laugh out loud comedy makes this unconventional depiction of family-life another victory for the masterful studio. 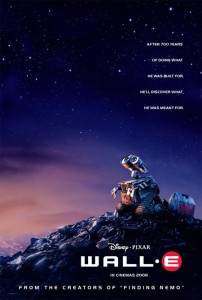 On paper, few would have linked WALL-E,  a film about a dystopian future where earth has been abandoned and the human race have devolved into fleshy round blobs, with the name Pixar. The film follows the undeniably adorable WALL-E (Waste Allocation Load Lifter- Earth class), a lonely robot left toiling away on an abandoned Earth while humanity lives on in the space aboard the Axiom. So when a probe searching for signs of life touches down on Earth in the sleek shape of EVE, a smitten WALL-E follows her back onboard the space-station for an adventure as cheerful as it is haunting. The film is perhaps the darkest to have come out of the joyfully innovative studio. While Toy Story had its fair share of adult-aimed gags, and Finding Nemo disguised a distressing missing-child plot with whimsy and laughs, it’s WALL-E that packs the heaviest thematic punch. Tackling ideas of isolation, loneliness, mass consumerism, environmentalism, and of course love, Pixar’s WALL-E is probably their bleakest outing, and maybe their best too. 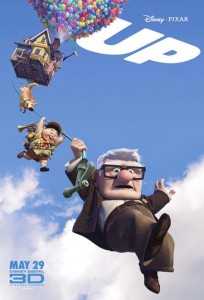 Just when it seemed they couldn’t go more high-concept, Pixar release Up. This whimsical yarns tells the story of geriatric Carl Fredricksen, who decides to take flight and explore the many expanses of South America when his beloved wife Ellie passes away. But Carl is, in reality, a grumpy and stubborn old man, without the want or wealth to leave his home and board a plane. His solution is to tie thousands of helium balloons to his house. As the foundations of his home break loose from the ground, young wilderness explorer Russell find himself unwittingly along for the ride, much to Carl’s initial dismay. The old man and young boy make for an amusing duo as they embark on a marvellous journey of emotional ups and downs and old fashioned slapstick scenarios. Pixar defied convention yet again with an unusual protagonist and outlandish premise, both of which result in an enchanting tale that’s beautifully told.