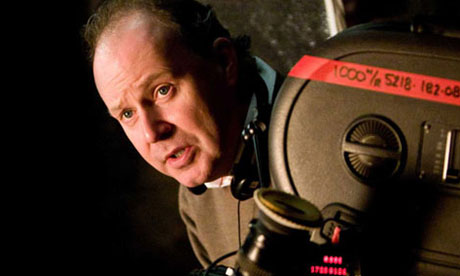 ScreenDaily have reported that Harry Potter director, David Yates’ next project is to take on an adaptation of the novel, Your Voice In My Head. The book is a memoir that explore breakdown and mania an was written by Emma Forrest and released at the start of 2011.

Forrest has written the screenplay with Warner Bros and Ruby Films part funding the film, set in New York, London and Istanbul.

Since 2007 and the release of the fifth film in the franchise, Harry Potter And The Order Of The Phoenix, Yates has directed each Harry Potter film (ending with this year’s epic Harry Potter And The Deathly Hallows: Part 2, which made over  $1.3bn worldwide). He says that he is intentionally making a smaller-scale production after the past four years working on the fantasy film franchise.

“It’s about a young woman who self harms and she visits this psychiatrist who helps her to learn to live again,” Yates said. “It’s got very heightened, odd moments in it that are slightly trippy.”

“Emma is a extraordinary talent who is bringing a beautiful, contemporary young female character with razor sharp dialogue to the screen, and David is a wonderful, sympathetic director, clearly capable of getting the finest performances out of young actors as we’ve seen with Potter,” said [producer] Alison Owen.

What do you think of Yates’ follow up idea then? Or were you hoping for something similar to Potter?