Boy wizard, Harry Potter played by 20 year old Daniel Radcliffe, has been enjoyed by children and parents alike since the release of the first film, Harry Potter and the Philosopher’s Stone in 2001.

The series, based on the seven novels by J.K. Rowling, have consistently topped BO charts and is the highest grossing film series in the world, with all the films inside the top 50 grossing films of all time. This puts the series ahead of James Bond, Narnia, Pirates of the Caribbean and Lord of the Rings.

“The final chapter of the ‘Harry Potter’ film series begins as Harry, Ron, and Hermione leave Hogwarts behind and set out to find and destroy the Horcruxes, the secret to Voldemort’s power and immortality.”

But it seems that with just months before the release of the first part and the final post-production editing being done to the picture, the BBFC (British Board of Film Classification) have already been given an advanced screening of the film, given by director, David Yates. Various sources online have given contrasting outcomes from the screening, with some saying that the film was unpresentable in it’s current stage and others saying that the BBFC are already giving the final ‘Harry Potter’ film a certificate 18.

According to certain press agencies, the BBFC have decided on this rather controversial certification for what is ultimately a children’s film due to the use of adult humour, on screen violence and sexual content which is not suitable for the usual audience of this series. (So does that mean Harry and Ginny finally get it on?)

Some are blaming this change in direction on Daniel Radcliffe’s 2007 performance in London’s West End revival of Peter Shaffer’s ‘Equus’ in which the main character, Alan Strang, has a sexual fascination with horses. In the explosive finale of the play the character strips naked and blinds several horses with a hoof pick before riding one of the horses. Charles Spencer of The Telegraph reviewed the revival back in February 2007 and said that, “Daniel Radcliffe brilliantly succeeds in throwing off the mantle of Harry Potter, announcing himself as a thrilling stage actor of unexpected range and depth.” This leaves many arguing that the final film was the last chance for the actors including Radcliffe but also Rupert Grint (Ron Weasley) who can next be seen in upcoming drama, ‘Cherrybomb’ starring James Nesbitt and Emma Watson (Hermione Granger) who is currently studying at Brown University to show of their true abilities.

Over the years as the characters in the films have gotten older, so have the actors playing them. Audiences have watched them mature for preteen 11 year olds throughout their teen years and to the adults they are today. 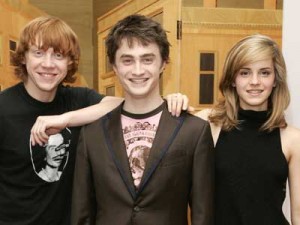 Friends close to the director, David Yates, who has helmed over the franchise since the fifth book, ‘Harry Potter and the Order of the Phoenix’ have also come out about the changes in ‘Deathly Hallows’. They have said that since it was announced that the final chapter would be released in two parts, they had a feeling there would be something different about this film from the previous six. “Just look at them as they have progressed… especially since David has gotten ahold of them. They’ve gotten consistently darker and more mature with the years of the characters,” says one friend while another backs up the point: “This is their final year at Hogwarts, they are all 18, 19 aren’t they… Why not appeal to the characters and a true representation of their times?”

Has a point been made? Having grown up as a fan of both the books and the films, I can appreciate the effort being made to ‘spice up’ the writing. No one is saying that this is ‘Skins’ on the big screen, far from it but by taking the original text and adapting it so that older audience members can empathise with some of things going on will only make this picture better.

As a fantasy film which has tried to keep some ‘muggle’ ground by following this group of teenagers it seems that sometimes the writers and directors behind the franchise have alienated their target audiences with too much emphasis on magic and mystery. There is a base theme throughout the books which has nothing to do with magic, but instead what it means to be a teenager growing up and by looking at Harry’s background without a father or mother, it seems only fair in this final film to base it around what makes motivates the characters. 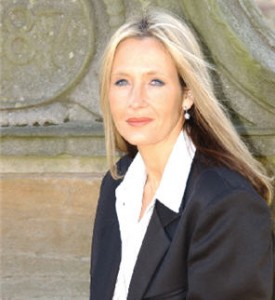 This revelation from the BBFC has bought some darkness around the picture and it’s production company, Warner Bros. Some parents are calling for a complete rehash of the picture as they want to be able to take their children to see the film franchise finale, which have always been a PG or 12A certificate. Meanwhile, others are waiting for author of the books, J.K. Rowling to have her say about this news. Notorious for suing those who slander or misuse her Harry Potter creation in any way, has scared some studio bosses as they believe this news is one step too far.

Representatives for both Warner Bros. and J.K. Rowling were unavailable at the time of press but it does lead to the question of what is going to happen? Does this eagerly awaited film need an edit or should the writer and director stand up for what they see as their ideal picture?