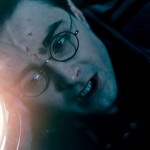 The long awaited penultimate instalment of the Harry Potter film series arrived this weekend with a record breaking performance at the box office. Although the franchises performance and longevity are of no particular surprises, it didn’t stop there being a sense of disappointment with The Deathly Hallows Part 1. Perhaps this is in part caused by the films dubious position at the beginning of the end, or maybe it’s because of the great lack of progression detected in the film.

Director David Yates and his technical team, who provided the previous two helpings of Potter, have served up a wonderful treat for the eyes. Some of the scenery in The Deathly Hallows matches fantasy with breath taking beauty with perfect precision, with a vast proportion of the film taking place outside of Hogwarts. This does, however, signal an end to the cosy nights beside the fire in the Gryffindor common room. Despite this, some of us where left feeling that  Deathly Hallows is “just another Potter film”. This instalment does however, live up to that well used phrase synonymous with Harry Potter films, and really is  “a lot darker” than previous experiences.

Despite the technical feats of the film, narratively it seemingly fails to adhere to the book, resulting in confusion amongst some of the fans (few though they may be) who aren’t as familiar with the book as those who have played every sorting hat game available on the internet. This is a frustrating factor as Yate’s was given two whole films to play with yet still managed to overcomplicate things.

At a lengthy 146 minutes, The Deathly Hallows Part 1 wasn’t exactly a walk in the park. Despite this, the film culminates in a visual spectacle that pleases the eyes without over-crowding the screen, à la Transformer’s 2. Next year’s instalment hopes to contain a more cohesive narrative, and perhaps a little more creativity from Yate’s, giving us a finale that isn’t just a great Harry Potter film, but that also has the legs to stand on its own as a great piece of cinema.