The End is Nigh: Harry Potter and The Deathly Hallows Part 1 | Front Row Reviews
Home
News

The End is Nigh: Harry Potter and The Deathly Hallows Part 1 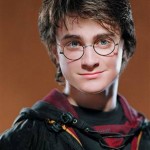 This evening sees the beginning of the end for Harry Potter fans as The Deathly Hallows Part 1 hits the screens. This does, however, present the opportunity for the cast and crew to sit back and be proud of the work they put in in creating one of the most lucrative film franchises ever. Sine 2001 audiences have watched the cast, primarily Radcliffe, Grint and Watson, as they overcame giant dogs, evil wizards and breaking voices. The films popularity, spurred on by the massively successful books of J.K Rowling, has reached such a peak that David Cameron proposed that UK film makers should be using the films as an example. Although a sense of Potter nostalgia is already in the air, it won’t be until mid- July next year when fans will really get a chance to say goodbye with Part 2. Until then, it’s time to sit back and watch the box office be dominated.