The notorious prohibition gangster Al Capone is set to be portrayed by Inception star Tom Hardy. Hardy will play the gangster in the new film Cicero. The film will focus on the rise of the gangster from his younger years in New York to his illegal presence in the suburbs of Chicago.

Warner Bros is rumoured to be producing the film with David Yates directing. Having just stepped off the final four Harry Potter hits, the film should be a welcome change of pace and style for Yates, whose directorial history is situated in television. 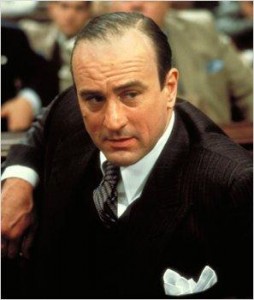 One suspects, however, that the film world will be closely watching Hardy’s portrayal of Capone. With actors such as De Niro having previously taken on the role, the pressure will be on for Hardy to match Robert’s performance in The Untouchables.

Since starring in Inception, Tom Hardy has made considerable waves in the film industry, having landed himself a place opposite Christian Bail as Batman’s nemesis Bane in The Dark Knight Rises, set to be released in 2012.