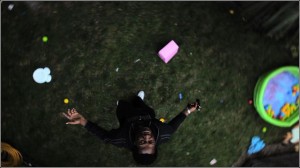 After numerous cuts to funding British cinema is expected to be in bad shape, but the East End Film Festival‘s New UK Talent screenings proved nothing could be further from the truth. These screenings held at The Barbican Centre showcased a variety of short fiction film from around the country from a wide variety of genres.

These short films that were everything good cinema should be: moving, thought provoking and entertaining. Some which stood out included Hesky Tucker’s Lies which was a humorous and intelligent tale of a teenage boy’s reflection upon his youth. Billy Lumby’s God View was visually striking, with the entire narrative being shot from a bird’s eye perspective. Similarly striking was Samuel Abraham’s Connect, a charming story of a young woman’s journey home where her imagination runs wild.

Important issues such were also tackled. Illegal immigration was the topic of James Lawes gritty drama Nadya’s Circus which received numerous gasps from the audience as it exposed the gritty truth behind human trafficking. Similarly shocking was Mr Dorothy, a shocking fairytale about racism in London.

Something completely different was Franck Trebillac’s heady music video for electronic musician’s Tricil’s The Emancipation, which was a nice way to close the screenings. 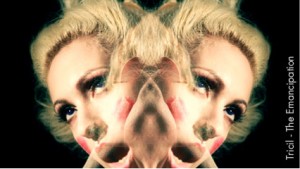 Despite the short running times, there was a host of familiar faces including Peter Mullan and Jodie Whittaker. Fresh faces to keep an eye out for should definitely include Silent Things‘ Andrew Scott, whose performance as a young man suffering from aspergers syndrome was both profound and touching. Similarly Luke Shenton-Sharp is no doubt headed towards great things after his role as a fast talking waster in Lies.

The East End Film Festival started in 2001 with the aim to exhibit local filmaking talent. Since then the festival has grown and has premiered features including Danny Boyle’s Millions and has acted as a spring board for numerous filmakers and actors. If the shorts event was anything to go by, UK cinema has a very bright future.