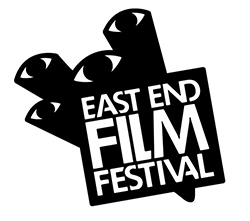 EEFF is the largest independent film festival in London hosted in dynamic venues across the East End. The opening night is just under two weeks away.

The East End Film Festival (EEFF) returns to its traditional spring slot for its 17th edition. Led by Festival Director Alison Poltock and festival team Dimitris Boutourelis-Grammatikopoulos and Will Swinburne, the new programming team for 2018 includes writer and film producer Kaleem Aftab, broadcast journalist Jonathan Ali, and BBC Films development exec Rowan Woods. EEFF also strengthens its ties with Education Partner UEL (University of East London), who first came onboard in 2015. The festival’s new home is within the Knowledge Dock of UEL’s Docklands Campus, enabling EEFF to engage in year-round activity and support filmmakers at every stage in their professional career development. 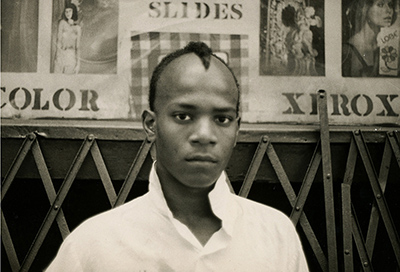 Opening the festival with the much-awaited, much-buzzed-about feature documentary, BOOM FOR REAL: THE TEENAGE YEARS OF JEAN-MICHEL BASQUIAT by established figure of the 1970s Downtown NY scene, Sara Driver. Following a post-screening Q&A with the filmmaker, the celebration will move on to Total Refreshment Centre at the heart of Stoke Newington for a ‘No-Wave’ night of music and dance sponsored by Five Points Brewery and Renegade London Wine

In a reversal of 2017, when EEFF opened with a free outdoor screening in partnership with Films For Food supporting Tower Hamlets Food Bank (free admission with donation of non-perishable food – a massive 370kg haul was donated), this year EEFF closes with a weekend of outdoor events at Old Spitalfields Market supported by Tower Hamlets, including more Films For Food activity. Titles include CALL ME BY YOUR NAME, and a FREE programme of NEW QUEER VISIONS SHORTS. Exercising its social responsibility underpins all that EEFF does. Hence this year, donations of non-perishable food for Films For Food can be made throughout the festival – because EEFF intends to smash last year’s record.

A festival that discovers new voices in cinema, EEFF’s Best Film Award recognises the work of first- and second-time directors. Five of the eight shortlisted films in competition are first features, and five are by female directors. The UK Premiere of documentary I AM ANOTHER YOU (dir: Nanfu Wang, USA) sees award-winning Chinese filmmaker Nanfu Wang crossing America with a young drifter who rejects society’s rules for a life of intentional homelessness. A group of teenage girls bond over their shared experiences of loneliness, anorexia and parental issues in the UK Premiere of Venice Film Festival winner TEAM HURRICANE (dir: Annika Berg, Denmark). Another UK Premiere, DIFFERENT KINDS OF RAIN (dir: Isabel Prahl, Germany) sees a teenager lock himself in his room for weeks, shutting out his helpless family – a phenomenon called ‘hikikomori’ (the secluded). A woman tries to reconnect with her estranged son in the UK Premiere of TIGRE (dir: Ulises Porra & Silvina Schnicer, Argentina). A group of friends on a camping trip wake up to the fact they’ve all swapped bodies, challenging the idea of South Africa’s Rainbow Nation in HIGH FANTASY (dir: Jenna Cato Bass, South Africa/Luxembourg).

Winner of EEFF’s Best Film Award for Halley in 2013, and EEFF Director In Residence 2014, filmmaker Sebastian Hofmann returns to the festival with his second feature, the UK Premiere of TIME SHARE (dir: Sebastian Hofmann, Mexico/Netherlands), a tale of two men attempting to rescue their families from a sinister American timeshare conglomerate. The UK Premiere of Rotterdam prizewinner THE BANGLE SELLER / BALEKEMPA (dir: Ere Gowda, India) tells of a husband and wife in a close-knit village trying to keep secret that they cannot conceive a child. Adapted from an award-winning novel, the London Premiere of DAHA (dir: Onur Saylak, Turkey) is the story of a boy who works with his domineering father to smuggle refugees to Europe. 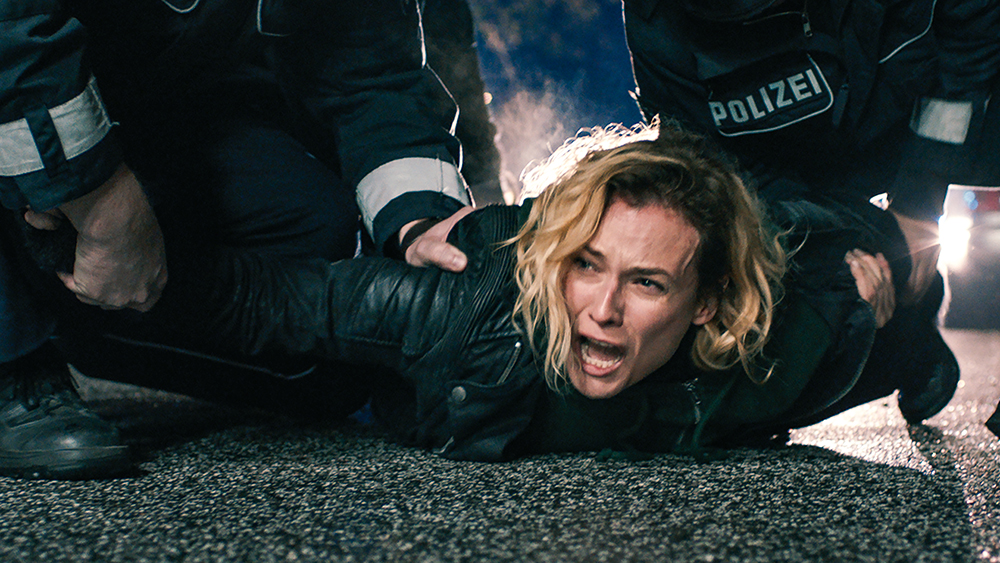 EEFF’s pick of independent titles is a chance to see the next-wave of must-see films before their UK theatrical release. A common thread this year is female directors and/or strong female leads confronting matters like injustice, rape and disparity. Best Foreign Language winner at the Golden Globes, the London Premiere of IN THE FADE (dir: Fatih Akin, Germany) stars Cannes Best Actress winner Diane Kruger as a woman seeking justice then revenge after her Kurdish husband and son die in a bomb attack. Acclaimed Scottish actress Shirley Henderson stars as a mother facing advanced Parkinson’s disease, while her son battles his sexual identity amongst the violence of Alberta’s oil field work camps in the London Premiere of NEVER STEADY, NEVER STILL (dir: Kathleen Hepburn, Canada). In the London Premiere of MARLINA THE MURDERER IN FOUR ACTS (dir: Mouly Surya, Indonesia/France/Malaysia/Thailand), a young widow fights back and kills members of a gang who attempt to rape and rob her. A London Premiere, REVENGE (dir: Coralie Fargeat, France) features a gun-wielding female lead and buckets of fake blood, when a wealthy married man takes his mistress on a guys hunting trip. Women can play many major parts in the lifecycle of a film, as explored in a special EEFF Spotlight Screening of PIN CUSHION (dir: Deborah Haywood, UK). Telling the story of a mother and daughter starting a new life in a new town, it’s proceeded by a panel discussion with many of the films key female crewmembers.

London’s most creative quarter is a hotbed of artistic activity and activism in every discipline, and EEFF is no exception. The festival uses film as a jumping-off point, encouraging dialogue with events like WHAT IS ENGLAND? a chance to re-imagine nationalism via film and debate at a time when toxic nationalism is on the rise. There’s a special 35th anniversary screening of feminist revolutionary film BORN IN FLAMES (dir: Lizzie Borden, USA 1983), and a screening and panel discussion examining SECTION 28: THIRTY YEARS ON. Screening at St Joseph’s Hospice, SHORTNESS OF DEATH are shorts exploring cross-cultural dying, programmed in collaboration with the hospice team. 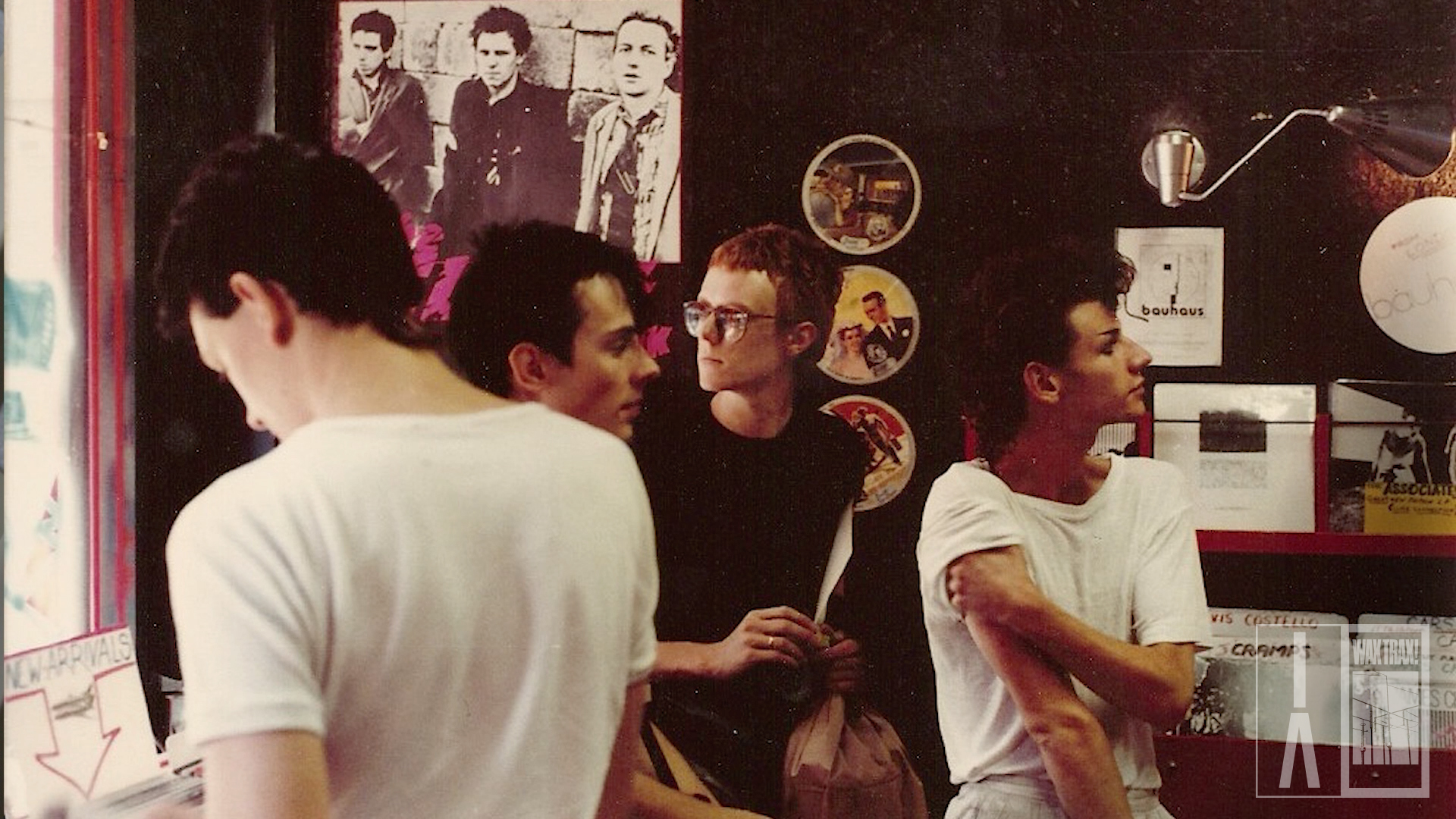