The New York Nightmares of Larry Cohen Review – Beyond Scala

Sidney Lumet, Martin Scorsese, Spike Lee, Woody Allen – New York has had its fair share of big name directors chronicling the city streets whilst maintaining long and successful careers. Larry Cohen was shooting on the same streets at the same time but his budgets were lower and his subjects far stranger.

This double-bill presented by The Exploding Head Film Club as part of Scala Beyond proves that Larry Cohen is a name that deserves to be remembered. 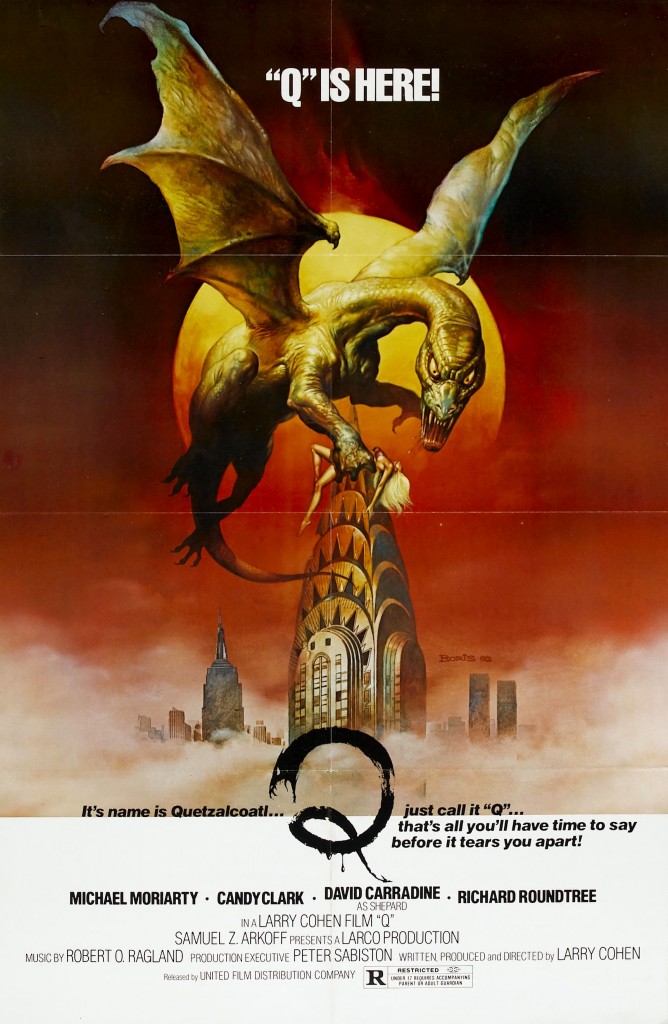 First up was Q (aka Q: The Winged Serpent), a modern King Kong tale where flaws in society are exposed by the threat of an unknown beast looking down on New York. It’s a bold mix of 50s B-movie and modern realism that puts the hokey into the everyday. Early on in Q every cut from one scene to the next provides a fresh joke just as every cut to the hapless victims provides a fresh thrill. Clearly Cohen is having fun – and it’s infectious. Decapitations are no surprise to these toughened New Yorkers as shown by David Carradine’s blank-faced detective.

The most striking aspect of Q is the decision not to make the detective the lead but instead focus on a small time crook and general scumbag who stumbles into the plot. Jimmy Quinn is a far more interesting character and Michael Moriarty makes the most of it with a wonderfully loose performance. It feels like he (as well as his character) is winging it with off the cuff dialogue and a lovably shambolic nature that also characterises the films plotting and visual effects. There is a giddy enjoyment in the mashing of genres and a skill with undervalued actors that pre-empts Tarantino by a decade.

Second in the double-bill was Gold Told Me To. This is an altogether more sombre film that places an end of days story in modern New York. An earnest intensity soaks the screen aided by another exceptional lead performance here provided by Tony Lo Bianco. He dominates the movie as he searches relentlessly for the truth behind a rash of killers who all state flatly “God told me to”. 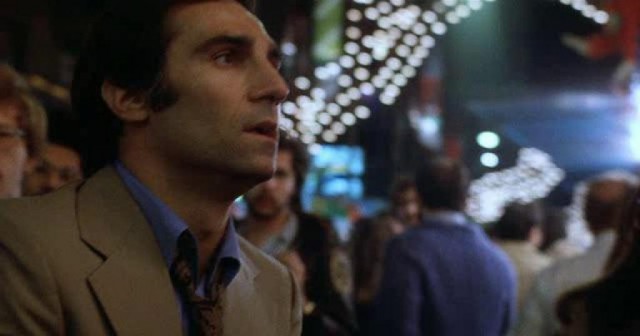 There is the feel of David Cronenberg’s early work in the sense of deep dread lingering everywhere and a choice of actors and locations with zero glamour. Mental powers and unexpected body horror also feature in a film that bears comparison with Scanners. The story does waver and the overall effectiveness is hampered by a lack of clarity but with such mood and gobsmacking moments Cohen’s cult status is safe.

He may have lacked the commercial or critical success (or frankly the exotic name) to be a well known director but Larry Cohen is a filmmaker who’s worth pursuing, or perhaps hunting down through the streets of a grubby New York City.

God Told Me To – trailer

Thanks to Scala Beyond and The Exploding Head Film Club