Tootsie is the kind of the film that just doesn’t exist any more, not least because this modest situation comedy was the second biggest hit of its year. In our modern box office, dominated by superhero extravaganzas and animated capers, the opportunity for cultural phenomenas like this is almost non-existent. The film’s poster posed Dorothy Michaels – aka Michael Dorsey, aka Dustin Hoffman – in a glittering red dress before the American flag, immediately insisting on the cultural currency it would go on to gather. It feels like a very patriotic choice for the legendary Criterion Collection’s first set of releases in the UK after their years of market domination in the USA – as bold a statement as Dorothy literally de-wigging herself on live television.

Sydney Pollack’s film didn’t escape criticism of its gender politics at the time, and such reservations have to remain, despite Criterion contributor Phil Rosenthal’s (Everybody Loves Raymond) protestation that “It wasn’t a lesson in feminism!” in a supplemental interview. Tootsie does short-change Sandy (Teri Garr) and the script’s basic conceit of Michael performing femininity in masculine ways reduces gender roles to very restrictive boundaries, even with characters like Rita (Doris Belack) making sardonic remarks at the sidelines. A more challenging film would have examined the idea of romance and image rather than pursuing a central relationship that is impossible to resolve, though Hoffman tries his best in the passionate closing monologue. 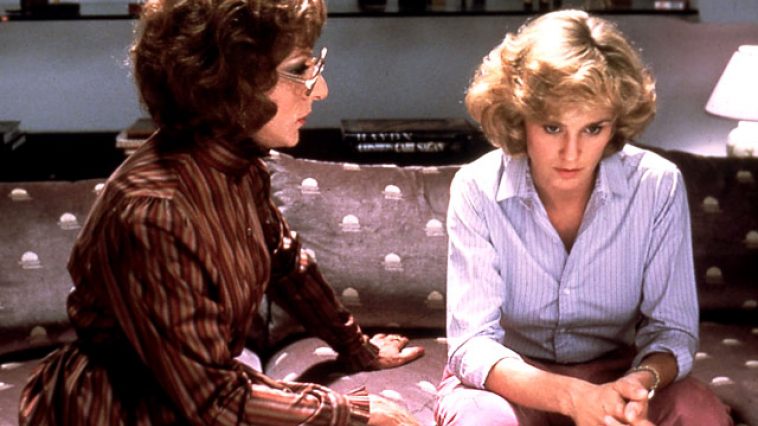 Yet Pollack and his screenwriters are smart to focus so intimately on character, and its this approach that has allowed the film to remain a robust enjoyment today, where more socially-minded films of the time have faded into history. Tootsie is very ‘80s – not least in the terrible jazz-lite score – but it’s primarily engrossing as a character piece, drawing lived-in, genuine relationships for Hoffman’s two identities with his roommate Jeff (Bill Murray, casually brilliant as ever), and his friend-come-lover Sandy, and a remarkable spark between him and the object of his affections, Julie (Jessica Lange, effervescent in her first Oscar-winning role). As Michael’s web of lies grows, these relationships are the ones at stake, and the audience’s involvement makes Tootsie as dramatically engrossing as it is sharply witty. Tootsie insisted it was part of the make-up of America and the country thankfully hasn’t wiped it off yet. 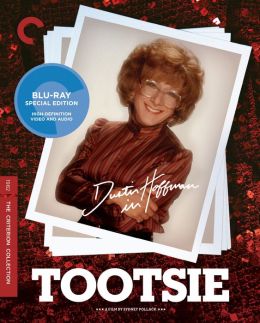 Criterion’s supplemental package is as comprehensive as ever, with several documentaries and interviews proving most interesting for the shifts in Dustin Hoffman’s demeanour. An exclusive interview from 2014 sees him almost regretful in his reflections on the experience, self-doubt plaguing his appraisal of his own performance – a marked contrast to The Making of… Tootsie, a half-hour documentary released in 1982, where Hoffman is almost maniacally energised when interviewed on set, finding it difficult to recall a time when his career was floundering. In the other making-of documentary, the hour-long A Better Man: The Making of Tootsie from 2007, Hoffman is more cheerful about the experience than he would be seven years on, speaking with particular insight about the technical and social aspects of getting into the character of Dorothy.

Leading the supplements, as Criterion call them, is their 1991 audio commentary featuring the late director Sydney Pollack. Like most solo commentary tracks, this isn’t a particularly amusing thing to sit through, but Pollack speaks with warmth and frequent insight about the process of making the film. The remaining extras, including screen and wardrobe test footage, trailers and deleted scenes, add contemporary colour to the film, especially the interview of Dorothy Michaels by film critic Gene Shalit that was only briefly seen in the finished film.

Tootsie is now available on DVD and Blu-ray from the Criterion Collection, along with five other titles: Grey Gardens, It Happened One Night, Roman Polanski’s Macbeth, Only Angels Have Wings, and Speedy.