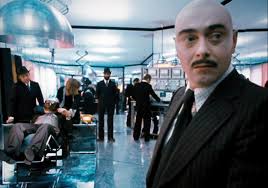 ‘Inspiration for ‘The Matrix’ and ‘Avatar’, to name but a few…’ This is how broad the producers of this disc are pitching it. I would have pitched it more in the vein of ‘Fassbinder’, his obsessions with the self and artifice. Institut für Kybernetik und Zukunftsforschung (or Cybernetics and Future Science’s institute) build a new supercomputer. This creates a simulation program that replicates the real world. Professor Vollmer (Adrian Hoven), is a technical director but is secretive. When he dies under mysterious circumstances it seems mysterious. His successor, Dr. Fred Stiller, might be in on it, or he might just be a scapegoat for something worse… 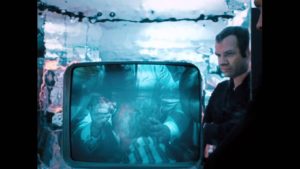 To the average viewer, World on a Wire is a sometimes surreal piece of work indeed. You are often over whelmed by the visual data, both thematically and cinematically. Much of what Fassbinder reflecting on  thematically, has been obsessed over by him in other works. Personality, identity and subversion are rich in his films like Fox, Ali : Fear eats the Soul and Berlin Alexanderplatz. 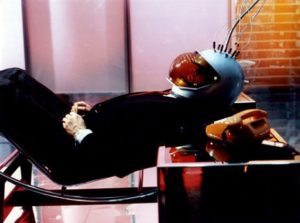 In these he asks question about truth within the screen, not only in artifice but questions about how to define what identity means when technology crosses it over with the self. We are asked to classify the power of the control over this by the computer system and the director. This could be Fassbinder’s way of asking how the film world is represented to us. Fassbinder could translate humanity to his audience but the interaction of a technological device, creates a compelling notion. For fair or foul, we are being asked deep reaching questions and often you will need to return to decide the truth. 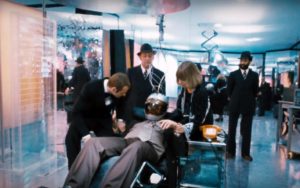 The extras on the disc have one great piece and a few top up extras. Looking Ahead to Today documentary is the best thing on the disc. We see Michael Balhaus ( the great cinematographer), discuss the creation of the visual world, working with Fassbinder and what it all might mean. This does take a little working through but it makes the experience easier to deal with. 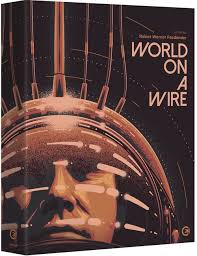