Germany has been at the centre of human history for millinia. In the last century it has had a deep effect on the international memory. From War, Weimar Republic to another global war and then onto division and walls. The land of trouble and horrors it would seem. It is not difficult to see how deeply German history has left a hangover in international psychology. In Rainer Werner Fassbinders masterpiece, he meditates on how that country and us got there. We enter into the then and now capital of that great country Berlin. Seen through the eyes of Franz Biberkopf (Gunther Lamprecht), a man of laughter, anger and self destruction. He leaves prison after serving four years for manslaughter of a former girlfriend. Returning to a Berlin deep in the 1920s chaos of dance, drink and decadence. 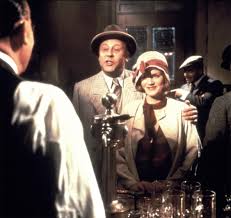 If you know the series or the director, then you know what you are going to get. If you don’t, well expect something exceptional indeed. Expect an amazingly self contained central performance. A performance that unravels as the madness of the times does so. Expect a growing storm in both visual and personal lives onscreen. Expect truly outstanding use of the medium as it is stretched to near breaking point. The limits of power and control, histrionics and history. 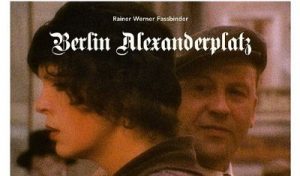 Second sight have truly outdone themselves with this release. I had bought the DVD version of this many years back and loved that. However it has been excelled via great additional content. Below I mention the top three extras but also see the wonderful ‘A Mega Movie and it’s Story’ documentary by Juliane Lorenz. Lorenz keeps the series inline and extrapolates the themes inside as if they were narrated in a mega movie. It works. ‘The Restoration’ documentary including ‘before and after’, allows us to see the hard work restoration does. The Original Recaps are interesting to compare with other ‘recaps’ from shows. These feel almost like art works in their own right…just me? 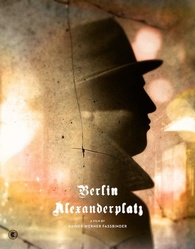 ‘Fassbinder: Love Without Demands’ – The acclaimed 2015 feature length documentary by Christian Braad Thomsen. This is a documentary about the great German director. His work for me is hit and miss but Thomsen seems to evaluate the man, his work, his life and what it all means without losing essential weight or depth. Outstanding.

An appreciation by writer and critic Tony Rayns Rayns is everywhere. Sometimes I am less than enthused but here he is the perfect choice. A detailed examination of the power of the series and its screenings in the UK as well as what it means now to the viewer. Rayns is an essential part of this discourse.

Berlin Alexanderplatz – A Visual Essay by Daniel Bird I like Bird’s work. I believe he did a piece for Arrow a few months back. Here is a solid wash of detail, thematic ideas and notes on the scandal. 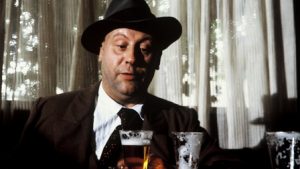