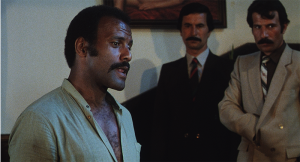 Its a lot to say that WHITE FIRE is a major release from Arrow Video. I mean it has a lot to play with. We have Robert McGinty, Fred Williamson and Jean-Marie Pallardy. All three scream cult and exploitation of one degree or another. The issue is that much of Arrows releases currently are top draw and this sits as a dull, knock off Bond film that is more for bad / good fans than serious cult junkies. 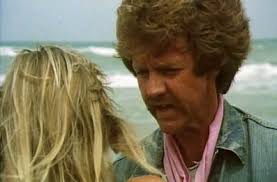 20 years ago, mother and father of Bo (Robert Ginty) and Ingrid (Belinda Mayne) undertake an outrageous plan involving plastic surgery, explosives and sabotage to infiltrate the mine where an irradiated diamond sits. The plan hits an unexpected snag when Noah Barclay (Fred Williamson) turns up and kicks off. Noah’s hunting for a missing prostitute. One of the girls he cant get over and he thinks Bo and Inga know something! 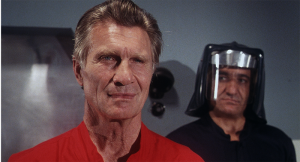 Yep. It reads like a dollar store pulp novel. It feels like a cheap Bond (like watching NEVER SAY NEVER AGAIN) and it plays out without energy or purpose. If you like dubious action, romance and special effects, it will stand the test. If however you have seen some of the better additions, it will not add up. It is not a great addition to any cult film fans selection because it is so weak (bar Williamson, who is great no matter what he does). 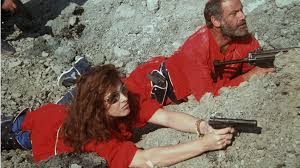 Now the film makers know this. So they all seem to tease and turn in their interviews. Zinging about the shoot and the fun but not the quality. Kat Ellinger gets a little of this as well and works through the film, its cast and the making of. Which I feel she might be less than enthused back but by recording the pieces about Dionysus, lesbianism and 70s action films…. well its worth a listen.