You would be forgiven for being unconcerned about the first world problems of Maisie (Onata Aprile), both her parents are well off and she wants for nothing, materially anyway. But, if you can find a way of unlocking your ice cold heart from its refrigeration What Maisie Knew will do its part to warm it satisfyingly. She is starved of affection by her parents, not an uncommon thing in families where both parents are workaholic breadwinners but Scott McGehee and David Siegel have created a serious film seen almost completely from a child’s point of view. This unique outlook adds some level of ambiguity and detail to the situation. Laced with strong performances, none more so than Aprile, What Maisie Knew is not discovering hidden realms but, more simply, finding a new way there, a new way that is intriguing and full of wonder. 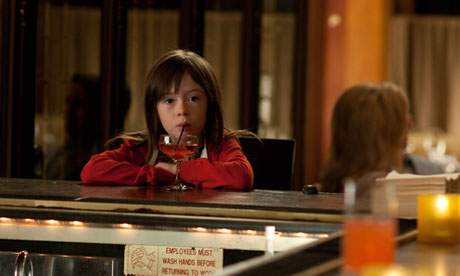 Maisies’s forever fighting parents are played adeptly by Julianne Moore and Steve Coogan. Moore is a rock singer and despite her age and the needs of her daughter continues to party and tour like someone half her age. Moore creates an almost entirely unlikeable character with Susanna, sickeningly brazen and crass, she is at complete odds with Maisie’s world of shy contemplation and learning. The warm, rich colours of their expensively adorned apartment are a perfect haven for Maisie amidst the madness of her mother.

Her father is no better; Beale (Coogan) is unreservedly self-centred. He tries to buy Maisie’s happiness and paint her mother in a bad light, all the while relinquishing any commitment of a lasting relationship with his daughter. They almost vie for the right to be dubbed champion of disastrous parenting. They embark on a less than easy separation and Maisie is caught in the crossfire of two relentless enemies, determined to destroy one another. 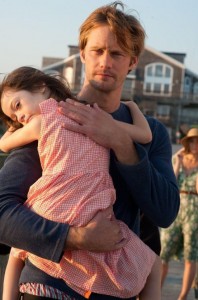 This is where the exclusive view of Maisie comes into its own. Only things that happen around her are seen and heard. We can see her nonchalantly being affected by everything which leads to an absorbing doubt as to her interaction and understanding of the events unfolding around her. She may well understand more of what is said to her as her parents try to bamboozle and direct her towards them for their own selfish reasons. The intricacies of each of these moments are delivered wonderfully from her point of view and most often from her height giving everything a larger feel. You can sense how Maisie feels but a tiny speck amidst the huge world of adults where decisions are made and reported down to her, convincing her that each one is made for her own good, but Maisie may understand more than Susanna and Beale think, as much as they try to ignore her as a human being. 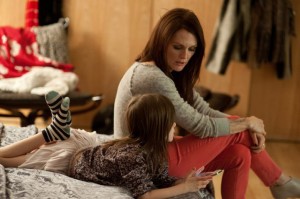 Maisie inadvertently unearths the last remaining vestige of humanity in her father only to have it quashed immediately. McGehee and Siegel catch Beale’s callousness immaculately with their trademark scrutiny as he briefly flirts with the idea of having Maisie move to London with him. He soon realises that his life of acquiring casual acquaintances and material things would change should he involve his daughter more in his life so flip-flops on the idea. The emotion catches him briefly, Maisie understands what has just happened and he knows it. 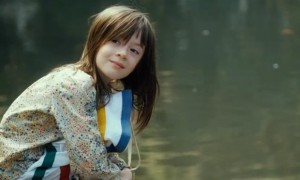 Fortunately Maisie ends up with two more consistent people in her life, her nanny Margo (Joanna Vanderham) and Susanna’s one time partner Lincoln (Alexander Skarsgard). These two are a testament to what it takes to completely love a child and be ready to take care of one, despite their more tender years. The rest of the big adult world disappoints Maisie; she takes refuge in the miniature. After both her parents discard her like yesterday’s news, her mother watching the tiny figure heading into a bar before driving away, she tentatively begins to trust these two more balanced people, they seem to care, she can let them be in her miniature world too. The film, whilst moving and vaguely saccharine, is an expose of what a lack of love can do to a child and that money is no substitute for care and thoughtfulness.