The release of Autumn Almanac on DVD is a chance to see a landmark in the career of a revered filmmaker. It is the film which saw Bela Tarr move from his favoured social realism to a more romantic, if somewhat artificial, style. The claustrophobic apartment setting builds tension in this dark chamber drama, where an elderly woman and her tenants manipulate each other and share some of their darkest secrets and fears. 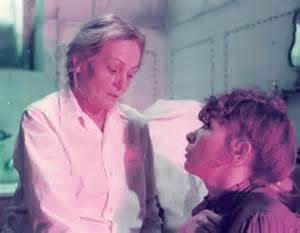 The mis-en-scene is perfectly constructed from the foundation of the apartment. Tarr holds his camera close, peaks from behind walls and watches in the darkness, creating an uneasy feeling that there is no escape from this place for the inhabitants.

There appears to be no solace for the people how live in this seemingly sprawling domain, yet none seem intent on leaving. Their angers and fears heightened by the proximity to one another and the ceaseless whispering that seems to emanate from the building itself.

Tarr masterfully uses his new toy, artificial light, dousing his characters in whatever colour suits the tone of their discussion. A dark purplish blue as they discuss anger and resentment, a halo-ish white for fears and hopes. There is a sense that the apartment would be a more joyous or at least less fractious place if only the inhabitants discussed their problems face to face instead of to a third party, but we know this is not how people work, and Tarr makes great play of the antagonism and bitterness fostered by the 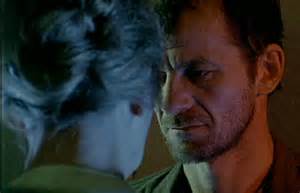 Yet there is mirth to be found amidst the sorrow, as there is always joy to be found in life even in its darkest moments. The unrelenting focus of the camera captures brief moments of pleasure turned bitter-sweet by the resuming of hostilities.

The party seem destined to remain together forever, constantly fighting, scheming, but without the capacity to desire anything else truly. There was once love, perhaps, but that is but a shadow and a memory, replaced by hurt. Tarr’s slide into more dramatic fiction captures some of the basest human emotions in a way that only artists of his patience can, and we as viewers are rewarded by it.