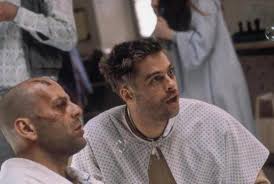 Terry Gilliam makes his most studio film. From an A list Hollywood star, to a linear script and even toned down surrealism. However he still manages to add enough of his oeuvre to make it count. So Twelve Monkeys see James Cole (Bruce Willis) sent back in time to 1996. He has to stop an outbreak. Of what you may ask? Well a lethal disease of some kind. Lethal enough that it wipes out 5 billion people. To make matter worse people now live underground, oh and they fear the surface. James has a clue to the source of this. The disease it seems is connected to the Army of the Twelve Monkeys. Whoever they maybe… 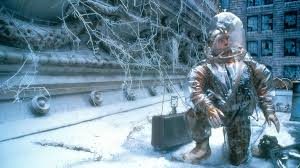 Gilliam is a film maker who splits an audience into those who admire his films, those who admire his persistence and those who admire his difference to the norm. Now with this flippant statement I of course mean that is those in the audience who are his fans. Twelve Monkeys is his feature after his very popular (and Oscar nominated FISHER KING). Its commercial (with four Hollywood names in appearance) and has a host of people in the back who have legs in the industry. 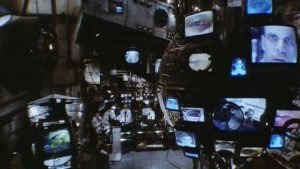 Such as writers Janet and David Peoples (the ones that wrote Blade Runner and Unforgiven.) It has themes of time travel (reflecting the successful Terminator series). So the studio must have jumped all over it (to coin a phrase). What it ends up being is  mixture of parable on the lack of free will and inspired side swipe at the hostility to resistance. Both themes are handled delicately.  Only a faint vestige of it is added to the infusion of the piece. Even in the commentary neither Gilliam or Producer Charles Roven give it more than a passing flash.

The 4K disappointed me. It seems washed out. Now I know Gilliam a 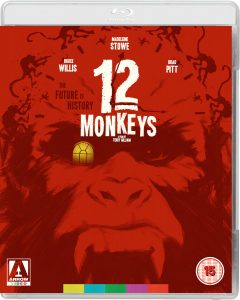 pproved it but it just felt light bled central. The audio again is out in places. Arrow have done this twice now. The best feature is that of Ian Christie talking about how Normal this film is for Gilliam. Incredible brilliant Christie then gets us to what drives Gilliam and what made him make this…