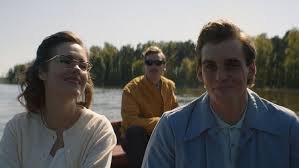 The gay artist Touko Valio Laaksonen better known as Tom of Finland, depicted sexual desire in gay men without restraint. He lived in Finland during the war, fighting for country and meeting men for sex in woods. Then post war, homosexuals are persecuted and he escapes from it by suppressing desire and drawing instead. Travelling to Berlin, he sees life from a different world. His work finds its way to the US and he is met with a new audience. This leads him to become the most significant artist of his generation. 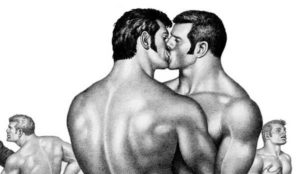 Tom of Finland’s work is highly charged with sexuality and highly developed in fetishes. You can feel its power. It is raw and flows with desire. Its drenched in sweat and semen. You also see how, at its time of creation, it was so controversial. 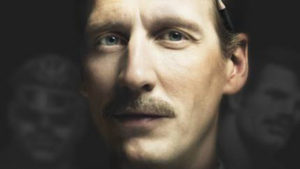 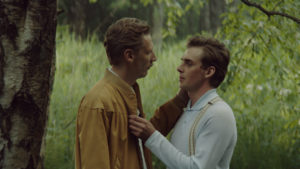 In my opinion, it fails in somethings and succeeds in others. The pluses are in its depictions of the personal. These elements are treated with respect and are charged with tender, emotional resonance. Touko is seen as human. Repressed and searching for a natural desires outlet. He lives quite an extraordinary life. He pushed forward gay liberation with his depictions.

This brings on the negatives. His work is treated with a lack of resonance. It becomes throw away because it pops up only on occasion. It is treated with distance that I worried about. It also seems to meander on the fetish visions and doesn’t develop as Tom did. It lacks that but it is still a very, very skilled piece. Telling the life of a man with his desires visualised.