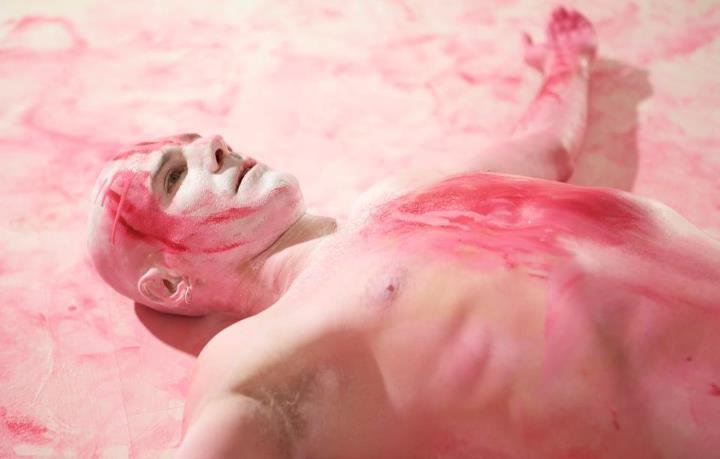 Peccadillo Pictures’ BOYS ON FILM series consistently ranks itself among the best collections of short films currently available. And (though it fails to hit the heights of this year’s BOYS ON FILM 9) this new compilation is no exception.

Jacob Brown’s Blinders is a fantastic opener, a lovely short about sexual confusion, betrayal and unrequited love. The cinematography and acting are both fine, but it is way the film operates that truly shines. The editing is jagged and dynamic with lots of jump cuts, Brown here playing with the medium in a very self-conscious way (which works wonderfully).

The imagery is explicitly expressive and, whereas this would usually be irksome, they’re simply such beautiful images that you can’t help but become entranced. That is, until the small amount of dialogue is delivered. All that gorgeous visual language is ruined by a somewhat clumsy speech about horses that screams it’s metaphor at you. The story had already been told at this point – spelling it out to the audience with mawkish poetry is totally unnecessary. The film redeems itself however, by ending on a surreally pitched cliff-hanger that spirals out perfectly.

A Stable for Disabled Horses takes us from sexy bombast to cute minimalism. This sweet little dramedy is driven by a fantastic comic performance from Daniel Swan playing against some wonderful foil in the form of Daniel Simonsen’s foreign love interest. Swan plays Benny, an awkward young guy who throws a leaving party for Kanoute, but invites no-one else. His intention is to finally tell Kanoute how he feels and this leads to a situation which is cringe-worthy in the best possible way. Benny is quite simply one of the most adorable creations I’ve seen on screen in a long time, forcing overly polite laughs out and falling humorously silent with expert timing.

Fabio R Youniss’s script is mostly bang on (bar, once again, a slightly clumsy speech with an in-your-face metaphor). In many ways it reminded me of Clerks in both aesthetic (grainy black and white with chapters) and tone, and I really like the idea of showing how difficult it is to communicate with someone you fancy by putting a literal language barrier in the way. What is truly remarkable about it, however, is the way it maintains a its funny bone even during the moments of anguish – whether it be a hilarious dancing montage suddenly becoming a confession of paternal abuse, or the weight being comfortably lifted from an argument by a reference to Milton Keynes. 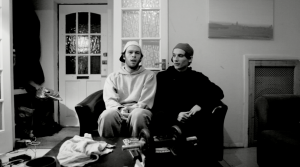 Antony Hickling’s Little Gay Boy, Christ Is Dead could not be of more contrast. The key technique deployed here is montage; the film is packed with bizarre dream-like imagery that is inter-cut with a distressing tale of homophobic abuse.

After the protagonist gets verbally and physically assaulted on his commute, there are flashes of someone being taunted and jabbed in a cage and the abuse he suffers at work is inter-sliced with flashes of sadomasochistic wax torture. Then there are the recurring scenes of a paper-white man (who is increasingly covered in blood in every subsequent appearance) dancing a strange choreography, throwing himself around the room like a demented puppet.

These dark images only intensify what would already have been a harrowing sequence of events. A casting session with a seedy photographer (that brings to mind the similar scene in the 1980 Fame) is inter-cut with disturbing bondage imagery. A later, even more sexually-abusive photography session is inter-cut with some incredibly graphic footage of anal-fisting. The film then, interestingly blurs the lines between reality and visual metaphor during the final scenes when the protagonist enters a gay bar and proceeds to engage in some bondage and S&M of his own. Though the film skilfully and unflinchingly documents a lot of different types of abuse, I didn’t much care for it. There was no joy, nor any beauty. There wasn’t any hope. I found watching it  an oppressive experience.

Much more welcome was Lukas Dhont’s Headlong, a quiet film that is softened further with a gentle, muted filter. The film concerns a young male ballet star, who appears to be on tour. He sits alone in his dark hotel room, only leaving to step on stage. His solitude, however, is interrupted one night when a man on the run from the police bursts into his hotel room and proceeds to make himself quite at home.

When the man finally leaves, the curious boy ends up following him and after a rocky start the duo share a night of adventure, getting drunk, going clubbing and playfully running through the night.

It’s a subtle film – indeed one that’s barely there – but this was soothing and cathartic after the explicitness of Hickling’s film. The positioning of this film within the collection shows exactly why Peccadillo Pictures have been so successful with their BOYS ON FILM series.

Till Kleinert (a BOYS ON FILM regular) found a wonderful setting for his latest which appears next. Boys Village is a real place; an old abandoned holiday camp in Wales. I don’t want to say too much about the story of this one, but it’s hugely enjoyable. There are chills, laughs and tears, but the star of the show is the abandoned village, which Kleinert manages to capture the character of perfectly.

Dominic Haxton and David Rosler’s Teens Like Phil is a familiar story concerning two school-boy friends discovering their sexuality, and the effect this has on their friendship. But it compels, for it is absolutely beautifully told. Despite the fact that there were no surprises from beginning to end, I found it incredibly affecting.

This is partially down to two committed central performances, but it is mostly down to a writer/director who totally understands the syntax of the short film form. Though it’s a story that has been told before and one that will be told again, it may well be the best of the bunch, purely for its ability to move. 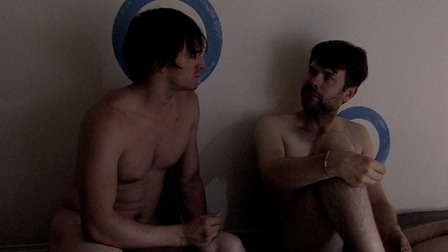 The arrival of the latest balloon, however, may mark the beginning of something bigger than the ‘inflatable swamp’ and Feroldi efficiently and effectively cuts to black at exactly the right moment. In an era that seems increasingly defined by a lack of cinematic brevity, this feels refreshing, perhaps even vital.

The collection is rounded off by Evan Roberts’ marvelously hip Yeah Kowalski! This film is a real delight, a light-hearted and fluffy coming-of-age film that serves up irreverence and poignancy in equal measure. It’s the cinematic equivalent of strawberry bubblegum; sickeningly sweet and yet so damn more-ish. It’s cool, funny and the perfect up-beat ending to the latest in what is still the best series of short film collections, let alone the best showcase of queer cinema, that money can buy.