Win STRANGER BY THE LAKE on DVD
Home
Competitions

Win STRANGER BY THE LAKE on DVD 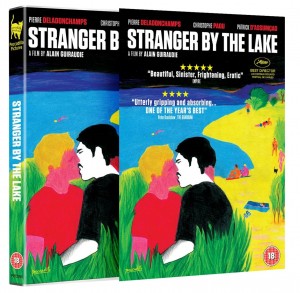 Summer time. A cruising spot for gay men seeking nameless sexual encounters, is tucked away on the shores of a picturesque secluded lake in rural France. Franck is an attractive young male who falls in love with Michel, a striking, extremely potent but lethally dangerous man. Franck has witnessed this first hand, but his desire for Michel knows no bounds, this is a relationship he must have – at any cost.

STRANGER BY THE LAKE is a tense thriller set against the secluded back drop of, what becomes inevitably, the most dangerous lake in France…

A provocative and accomplished effort by France’s bad boy auteur, STRANGER BY THE LAKE is Alain Guiraudie’s steamy mix of the comic and the tragic, winning Best Director at the 2013 Cannes Film Festival, becoming one of the year’s most distinguished breakout successes.

Which film festival did STRANGER BY THE LAKE premiere at last year?