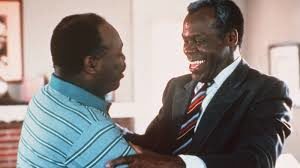 ‘A stranger sees the house from different eyes. Noticing every piece out of place, every mark on the spaces character’ So said the interior designer to the stars David Nightingale Hicks before his death. In Charles Burnett’s nightmare masterpiece, that is what drifter and man of many secrets Harry (Danny Glover) does. He also then uses this to impinge on the inter relationship between families and friends. All while seemingly being both innocent and slightly odd in his devotion to practices that predate African American Christian heritage. 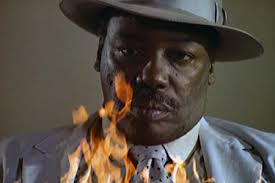 Harry has no real friends. More he has holds over people. They seemingly acquiesce to his presence. Time is spent in his pull. They gamble, drink, party and return to a former self. Yet he has issues. He killed and was at the end of many lives. Like history, he brings nothing more than discomfort. Burnett 3rd feature seemingly prises open a conversation within a community but not by forcing us to reflect on the event as it unfolds. 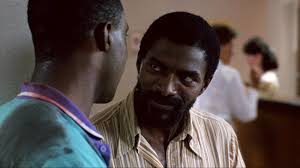 Far more he explores identity and heritage. Those things we ignore and those we have no control over. Revealing how much we (and society) has changed. Also more importantly, how much we are the same being inside the shell. Singularly holding all this together is Glover. He gives a stunning performance. A study in slight of hand and malice. He defuses the piece with rich humour but who is the joke on. That is his question. 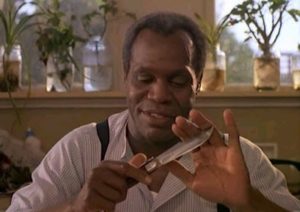 The BFI DVD was very good (wouldn’t expect anything else). Here Criterion have saved the print from the colour issues of some releases and allowed the deep, defused palette to sing. 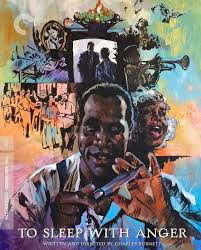 That box is a thing of beauty. A stunning set of images that reflect the nightmarish discussion of history, self and staccato menace. The Interviews are best seen after the main feature. Danny Glover tops the list. He illustrates what was set out in the actors manifesto. Linking Burnett to the myth of America. A Walk with Charles Burnett possibly is worth the price alone. Touching on two great film makers that discuss locations, identity, direction, reflection and what it is like to return after leaving a set. Brilliant.